The trading circle’s rumor mill passes around the concept that small caps perform better than large caps during market declines. This is backed by plenty of historical data, as small caps have performed far better in bear and stagnating markets over the past 70 years. But why do small caps do so well, and why should you include these in your bear market portfolio?

Small caps show more growth potential than even their largest competitors due to their markets. Small cap stocks perform in any market, with the ability to shine due to their products – not because the rest of the market is growing. Consider the companies that make up small caps today; they are all quite innovative and poised to take off when the technology develops.

All of the alternative energy stocks, many tech stocks. and internet stocks are all small caps. These are some of the hottest markets, and they’re certainly proving their worth. Indeed, the ability of small caps to outperform comes from their innovation.

Large caps only do well with a healthy economy

Large cap stocks need a strong economy to continue with strong sales and strong profits. It should not be news that large caps underperform over the long term, especially with a sagging market. Consider Dell, for example.  For Dell to continue growing its business (50% of their business is business to business), the companies that buy from Dell must also grow. On the other hand, for the computer shack down the street to grow its business, it needs to only steal a portion of the business that Dell is currently earning. Indeed, Dell has the business computer market, but its easier to lose than it is to sustain.

It is far easier for a corporation to grow from a $1 billion market cap to $10 billion than it is for a large cap to go from $200 billion to $2 trillion. The ability for small caps to grow to large caps is what makes them so valuable. A modest investment in 10 small caps will outpace one large cap, even if only one small cap does moderately well. Small caps can often be like lottery tickets; remember that the giants of Microsoft, Google, Yahoo, WalMart, and Exxon Mobil were all small caps at one time.

Small cap stocks that deal in commodities, whether in food or energy, perform very well due to their small size. Exxon Mobil needs to find or purchase many new wells to keep with its growth rates, while smaller oil companies can rise from the bottom to the top with only one major discovery. Small players in the commodity markets are equally as important as large caps, and they are actually much better investments due to their ability to capitalize on rising prices.

Outside of their ability to grow in business, small caps need less capital infusion to see a rise in stock prices. From the speculative side, a $1 billion business needs just another $1 billion to double. Microsoft would need to be worth $500 billion to double. That’s a $250 billion growth that has to come from somewhere, and it is highly doubtful that there are 2 billion more people seeking an operating system.

In any market, small caps outpace the rest, but in these volatile times, they should make up more than a portion of your investment portfolio. As corporate giants rise over decades and fall in a matter of minutes, small caps are just beginning their growth cycle. 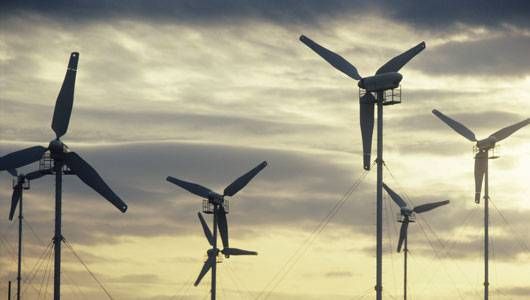 The stock market has always been an important factor in the world of free economy. Worldwide events affect the rise…

We’re already in a recession. Or, that’s what the pundits say. They may well be right. But what will you…

Price to earnings multiples were once the basis of investment decisions. The analysis was simple: the return divided by the…

On Wednesday night, CNBC aired a segment on “efencing,” the practice of selling stolen goods on eBay (aff). According to…