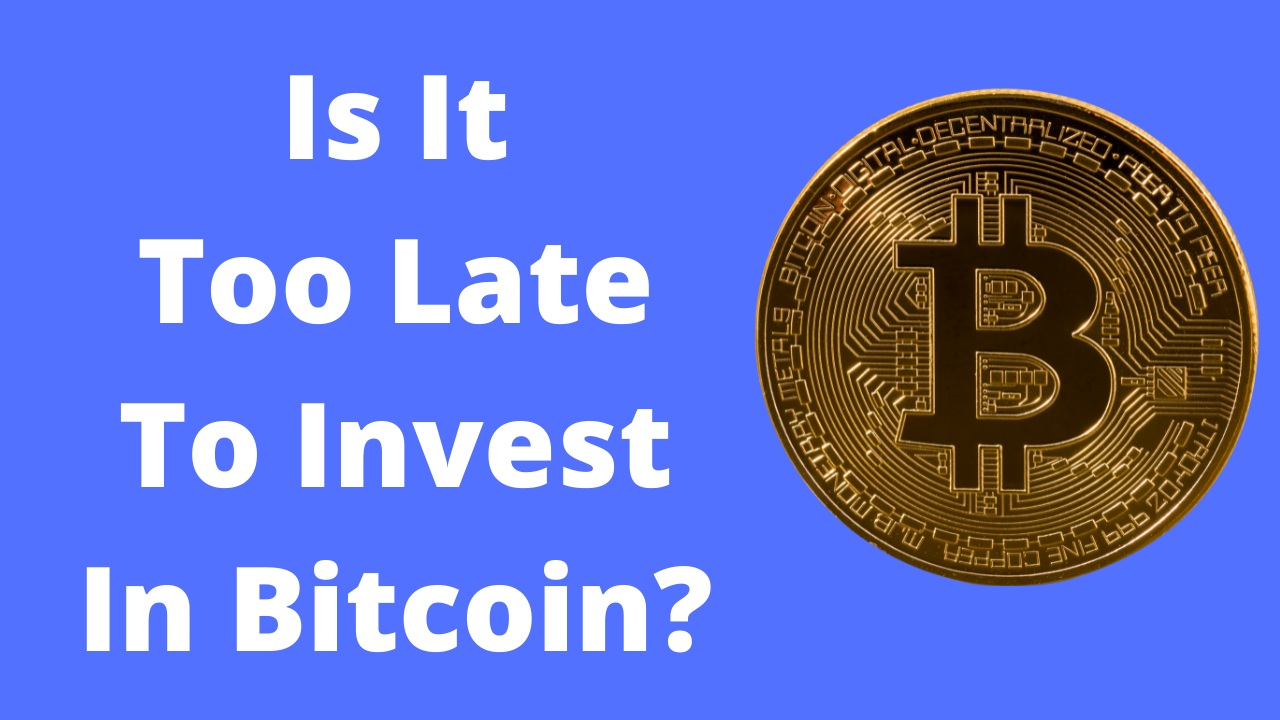 Bitcoin is the hottest cryptocurrency in the world and I’ve constantly seen this question appear on social media & message boards from first-time crypto investors.

I’m writing this article to provide you with the most rational and non-biased view on why bitcoin could run much higher in the future.

Many bitcoin bulls such as Cathie Wood think $1,000,000 is a realistic possibility for Bitcoin in the future.

If that’s the case then it’s certainly not too late to invest in bitcoin if you’re new to the crypto world.

As with most things in life, people shy away from change and cling onto the past because it’s comfortable.

Well, if you want to make a lot of money in 2021 (heck, throughout this decade) then be prepared to embrace change and invest your money where the trend is heading.

Bitcoin is Still a Mystery to the Majority of the World

Ask a random person if you should buy bitcoin and you’ll most likely get a puzzled look or receive a fearful yet unhelpful answer.

During my journey as a bitcoin bull, I’ve heard it all:

“Bitcoin is a scam”

“Bitcoin is a Ponzi scam that steals for the poor”

“Digital assets like bitcoin don’t last in the long run:

You get the picture.

The funny thing is that most of these claims come from people who don’t understand that everything is being digitalized and bitcoin is the future of global peer-to-peer transactions.

Since most people have no clue exactly what bitcoin is or truly represents then that means bitcoin is still in its infancy and has more room to run in the future.

The Latest Bitcoin Price Surge Was Fueled By Institutional Investors, Corporations, and Whales

MicroStrategy CEO Michael Saylor shocked the world when he announced MicroStrategy would hold bitcoin as a treasury reserve instead of standard US currency.

With interest rates set near zero, holding cash doesn’t earn a rate of return but bitcoin does over the long run.

Bitcoin earns a CAGR of around 200% over the last 10 years while the US dollar continues to lose value as the Fed pumps more currency into the global economy.

Wealthy people understand that the US dollar will continue to lose more purchasing power over time because the dollar is a terrible store of value.

The more US dollars we produced, the less each dollar is worth and these dollars move towards the true value of any currency – zero.

Many corporations like Microstrategy, Tesla, and Block Inc began buying up bitcoin as a hedge against the US dollar.

Fund managers like Grayscale launched ETF products for investors who wanted to gain exposure to Bitcoin.

Why is this important?

Because big money usually joins the party before the masses do. Bitcoin has a long way to go until it becomes a household name.

Once Bitcoin becomes mainstream and people start valuing it as much as the US dollar then the price will have already surged much higher than its current levels.

If Bitcoin is the future of money in a digital, decentralized form then looking at current global stock market caps provides a bit of insight.

Remember that all fiat government-issued currency must return to its true value of 0.

So many people will become frustrated with fiat currency as they watch their hard-earned savings lose purchasing power year after year.

Bitcoin (along with other strong crypto currency) have the potential to attract investors who want to transfer fiat wealth into bitcoin wealth.

Let’s just keep things simple and say bitcoin could replace around $150 trillion worth of fiat currencies in the future.

Bitcoin has 200x upside in the next 10 to 30 years as the younger generation embraces a new form of “wealth” that isn’t controlled by banks and governments.

While Bitcoin has plenty of upside, prices move quickly as investors rush in and out of the cryptocurrency looking for quick gains.

I come from a stock trading background but Bitcoin reminds me of gold in the digital form.

I’m more interested in HODLing Bitcoin instead of trading it for short term gains.

One of the problems with fiat government currency is people becomed trained to value everything in terms of their respective currency.

I find it incredibly foolish to value Bitcoin in terms of a currency that’s doomed to head to zero.

While fiat currency can be created at will, there are only 21 million Bitcoins on earth.

Bitcoin is scarce and rare while the US dollar (or any fiat currency) is abundant and common.

If you’re ready to invest in Bitcoin then it’s important to choose a reputable cryptocurrency exchange.

I recommended Coinbase because it’s the largest cryptocurrency exchange in the US with over 35 crypto accounts.

I know my Bitcoin is safe and secure in my Coinbase account because Coinbase stores your Bitcoin offline on a cold wallet and requires 2FA for every account.

Here’s how to buy Bitcoin on Coinbase easily: 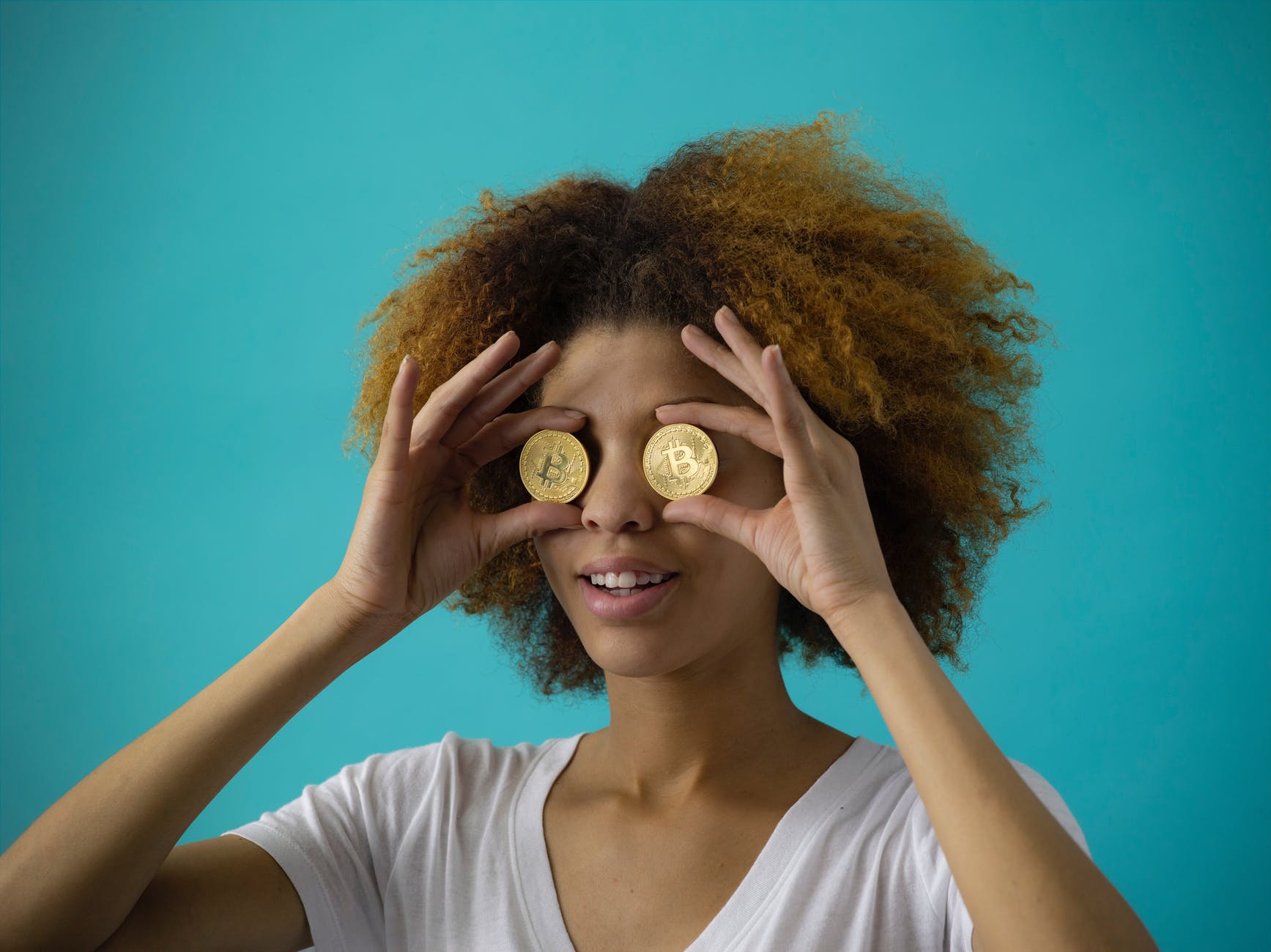 Bitcoin has soared to over $39,000 and many Bitcoin bears claim that Bitcoin is just another bubble like the dot… 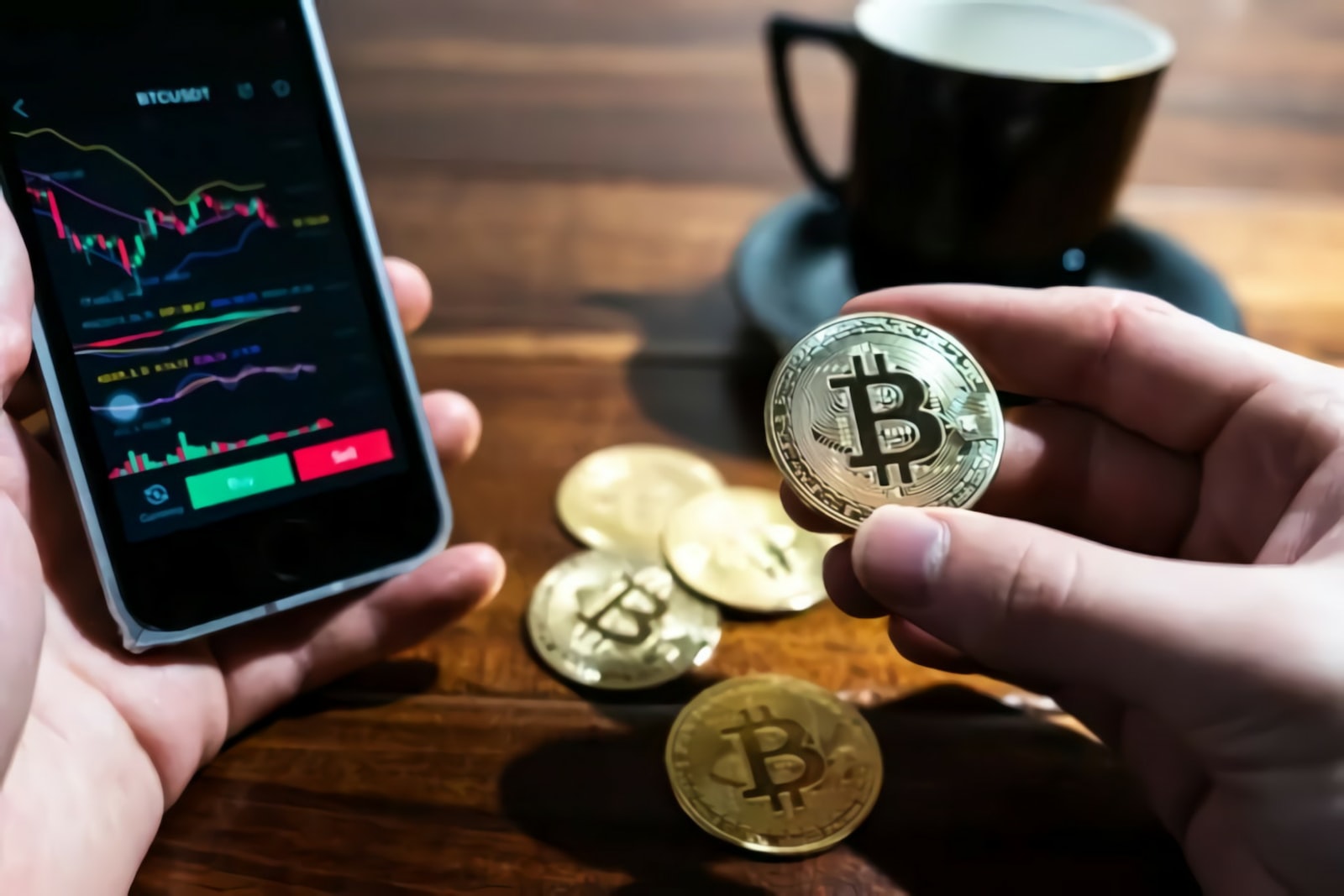 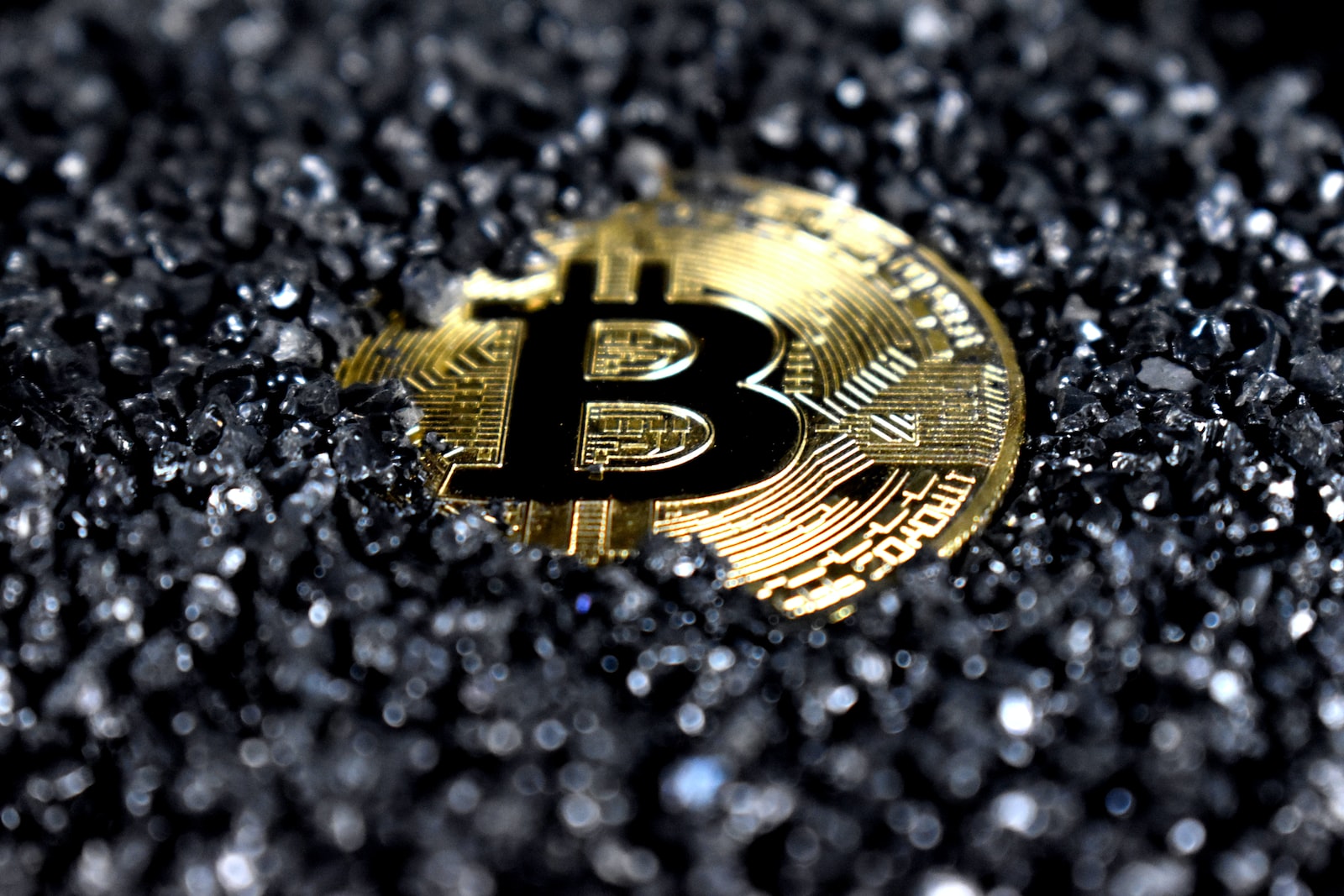 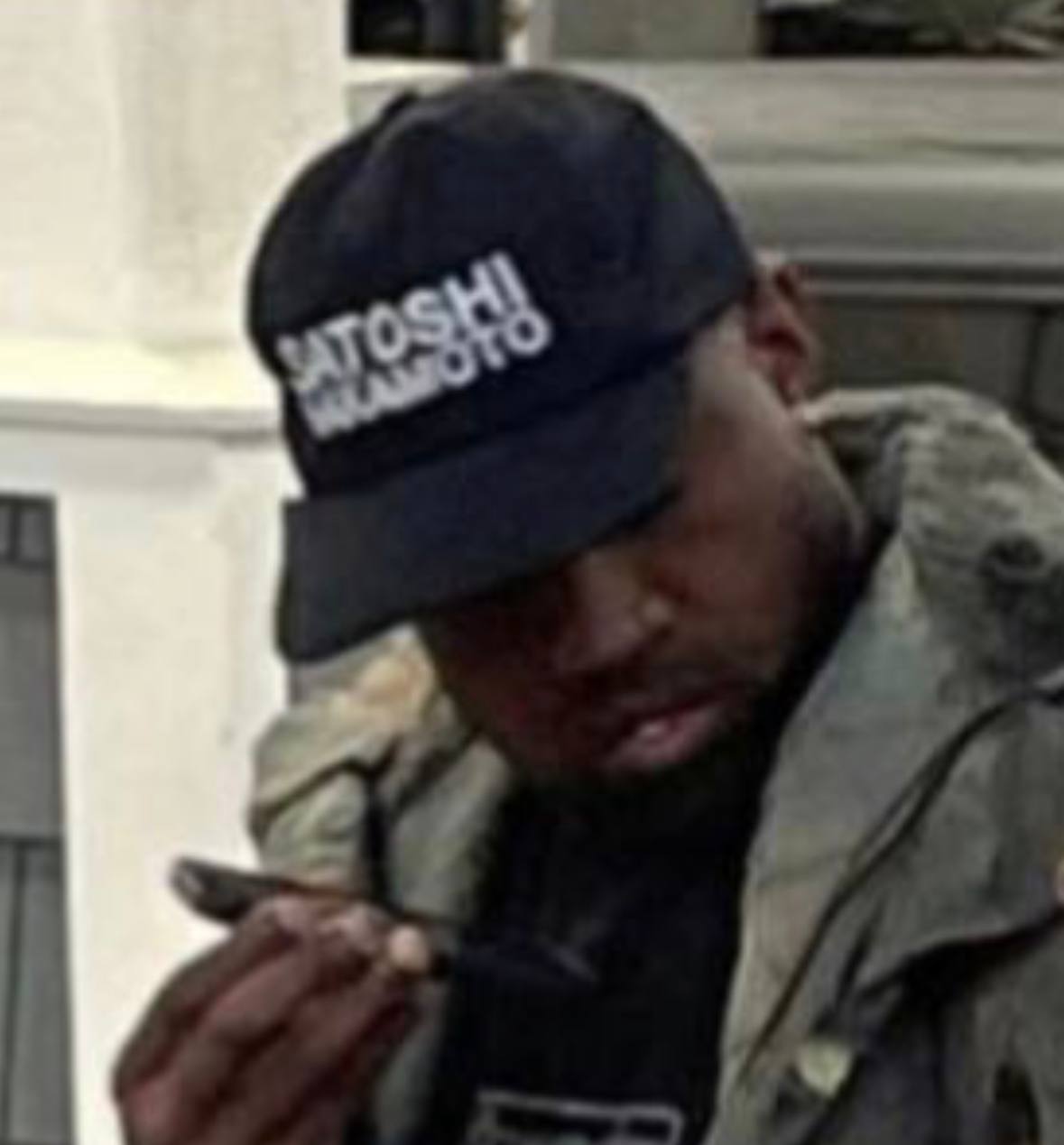 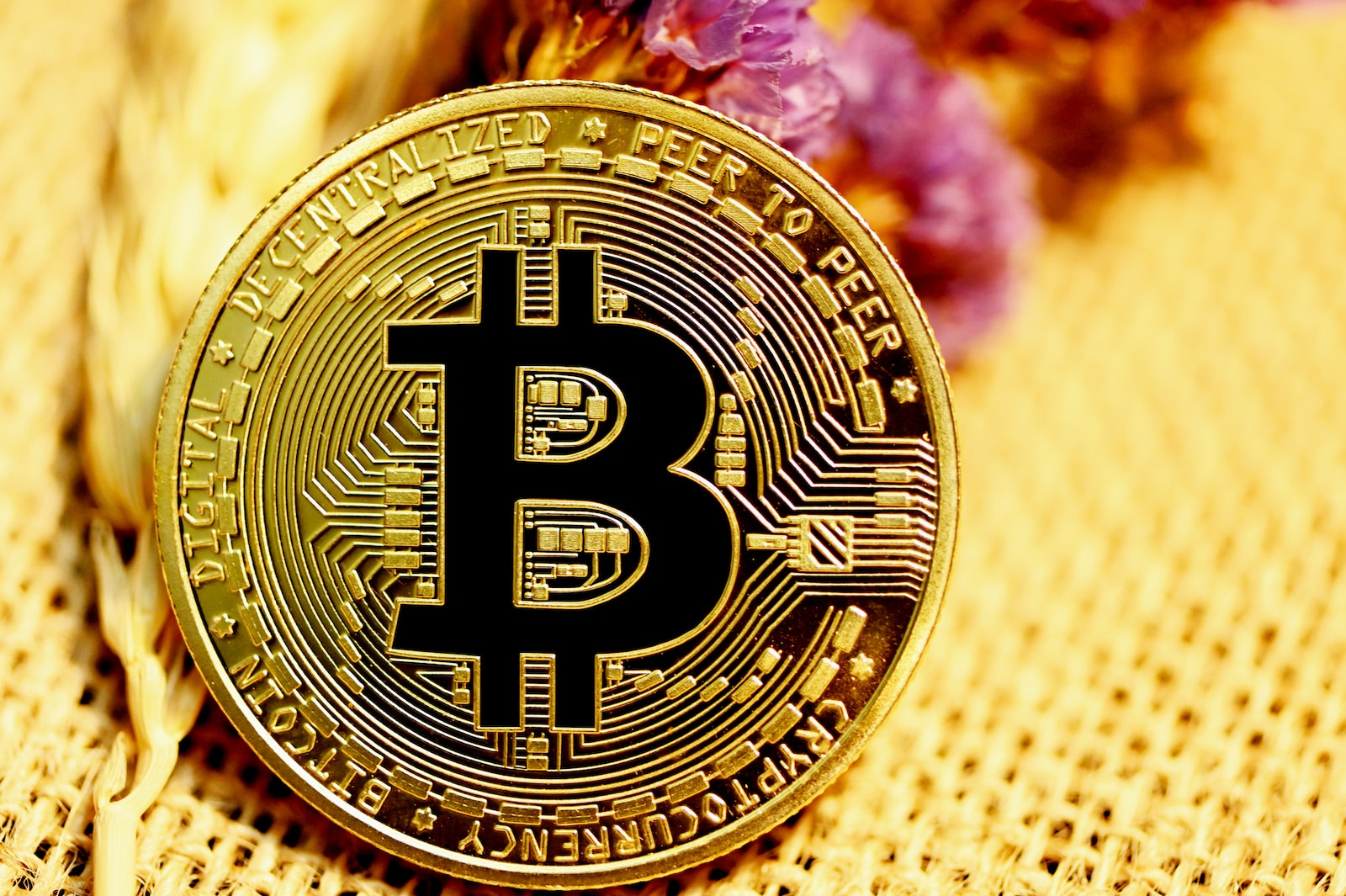