As the best and the brightest round out their last semester of college and prepare to enter the workforce, an entirely new breed of future scholars are being born.  Unfortunately for those coming of college age, student loan reform could leave them severely under-funded.

The newest look at reforming the student loan market is well-intentioned, but may leave some families wondering how they'll pay for the high costs of college tuition.  In bills presented in front of the House and soon to make it out of local committees, the student loan market as a whole would be nationalized and directed through the “Direct Loans” program of the Department of Education, rather than operated by independent and for-profit banking institutions.  The goal is to create a system that minimizes the cost to taxpayers and returns student loan profits to the Treasury, rather than private coffers.

Student loans through the Department of Education and FASFA generally begin funding only after a certain amount of the cost is paid either by the parents or the student himself.  Under this new program, there is certain to be a shortage of institutions financing such small and generally unprofitable loans, which are usually worth just a few thousand dollars for the average middle class American.  In addition, no one knows definitively whether the new reforms will automatically opt-out parents who make too much money.

With stocks trading well off their highs and the student loan business fighting against more government bureaucracy, there has been no better time to start a 529 plan for your prospective student.

Another inherent benefit for future scholars is that the growth in pre-paid plans is allowing students to lock in savings against future tuition hikes today, regardless of the performance of the stock market.  This benefit, although once looked over during the roaring bull market of the 1990s, is one of the most advantageous offerings, as it provides a return on investment with essentially zero risk.

Tax advantages are also plenty.  Deposits into a 529 plan are considered gifts, thus allowing the student to solicit help from grandparents and other extended family at any time that can be used for education without penalty, taxes and other charges.

How to Calculate Your Net Worth

9 Ways to Cut Your Monthly Expenses

Top 10 Benefits of Living Below Your Means 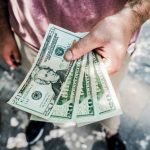