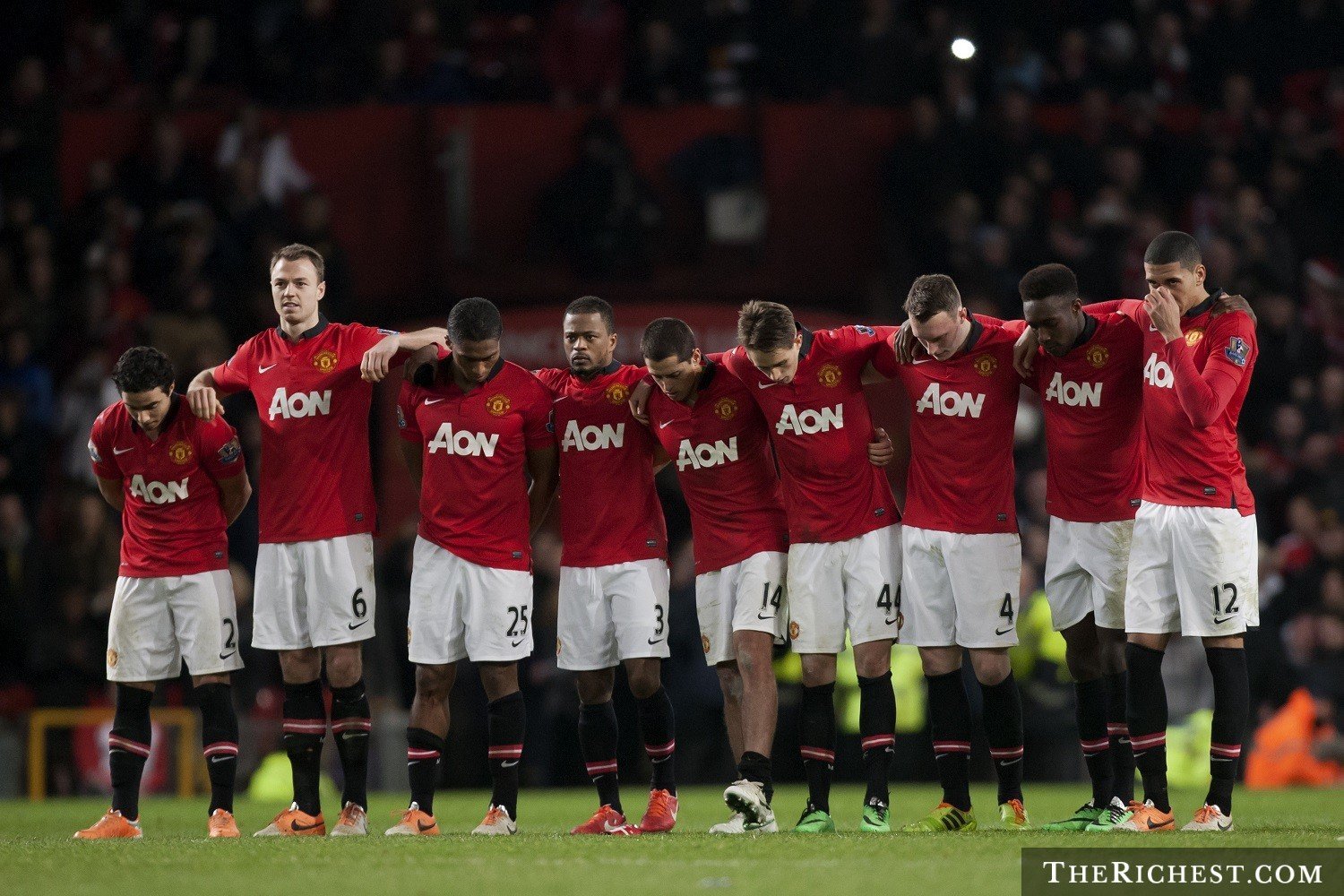 The NYSE, NASDAQ, S&P 500, and…FIFA? What does the Fédération Internationale de Football Association (FIFA) have in common with the New York Stock Exchange (NYSE), the National Association of Securities Dealers Automated Quotations (NASDAQ), and the Standard & Poor’s 500 (S&P 500)?

Most clubs in the world have traditional ownership schemes, but some of them have made an IPO and are now listed on stock exchanges around the world. These are a few of the major teams to make that leap. 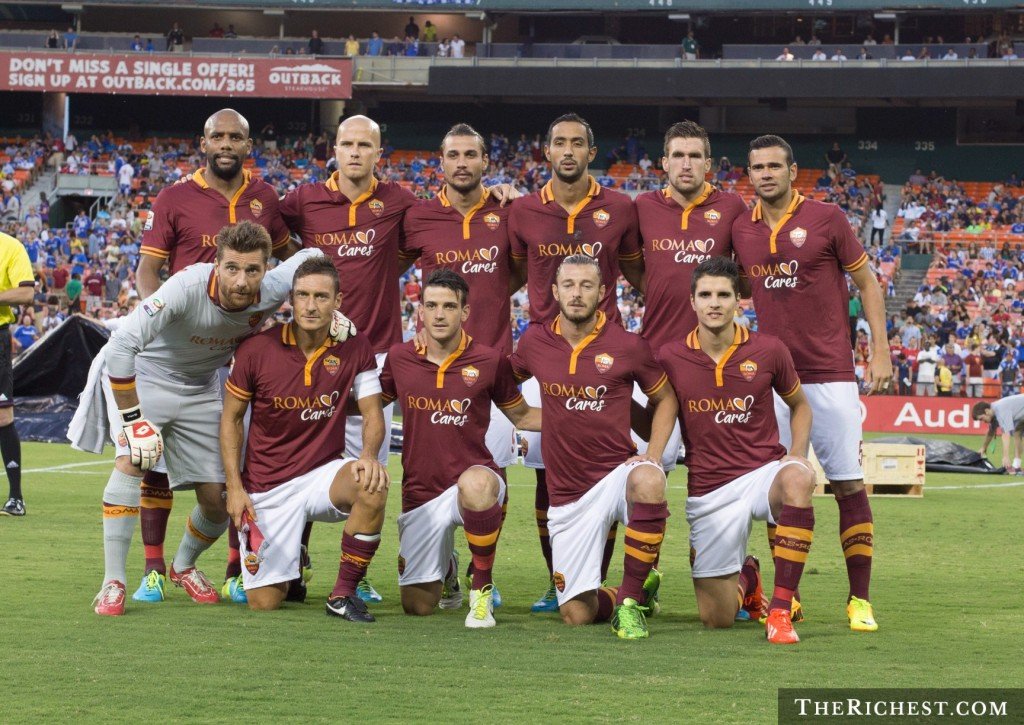 We begin in Italy with AS Roma, who have their shares publicly traded on the Borsa Italiana (the Italian stock exchange). They’re organized as a joint-stock company, which means that although they have shares that are publicly traded, the majority of the shares are owned by one group – in this case a holding company named NEEP Roma Holdings S.p.A. which owns about 78% of all outstanding shares in AS Roma.

NEEP itself is a joint venture between Unicredit, an Italian financial services company, and AS Roma SPV. Although the majority stake of the club is controlled through this maze of holding companies, the other 22% can be purchased by anyone with an account to trade on the Borsa Italiana.

As of writing, each share in the club is worth $1.11, and is up an astounding 135% in the last year, partially thanks to the phenomenal season Roma has been having in Serie A. 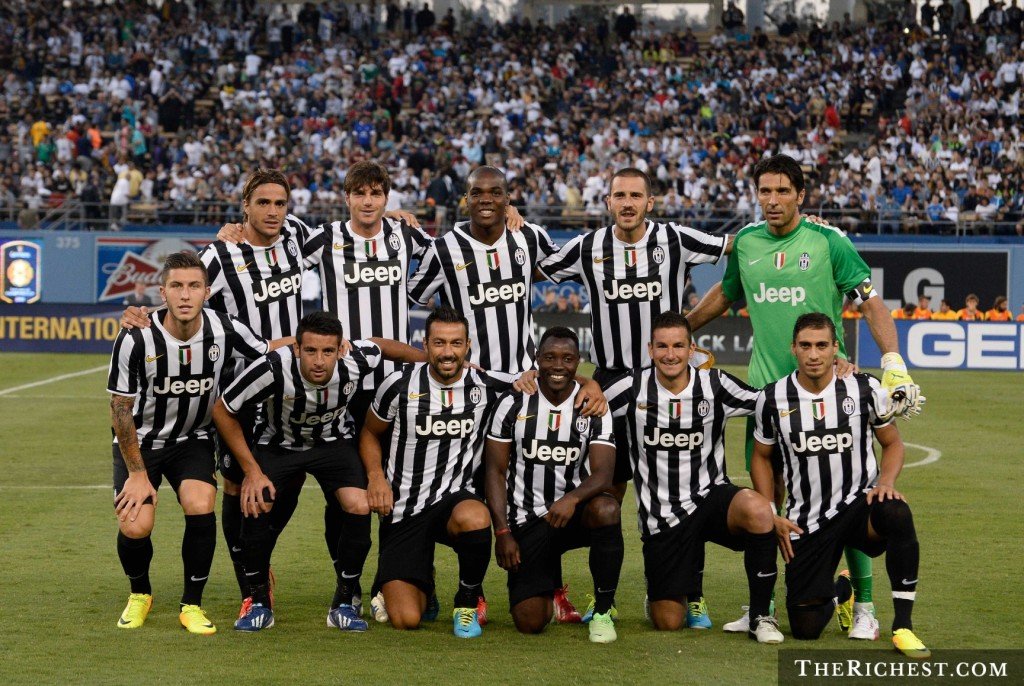 Like Roma, Italian club Juventus is listed on the Borsa Italiana, and is organized as a joint-stock company. The club’s primary shareholders are the Agnelli family, who own 60% of the club through their holding company Exor S.p.A.

The Agnelli’s are a wealthy Italian family descended form Giovanni Agnelli, who founded the well-known Italian car brand FIAT over 100 years ago, and his great-grandson Andrea Angelli is the current president of Juventus. As of 2010, 7.5% of the company is owned by Lybian Arab Foreign Investments, the sovereign wealth fund of the North African nation of Libya. That leaves 32.5% of the shares to be traded publicly.

Right now the price is at $0.24 per share, which might seem surprising considering Juventus is the bigger, more successful club compared to Roma, but it’s important to keep in mind that share price is also affected by scarcity. Juventus has issued a total of 1,016,729 shares compared to Roma’s 136,198, so although Juventus is overall the more valuable club, Roma’s individual shares are more valuable because of their scarcity.

Juventus’ performance both and off the field has increased their share price 5.6% over the past year. 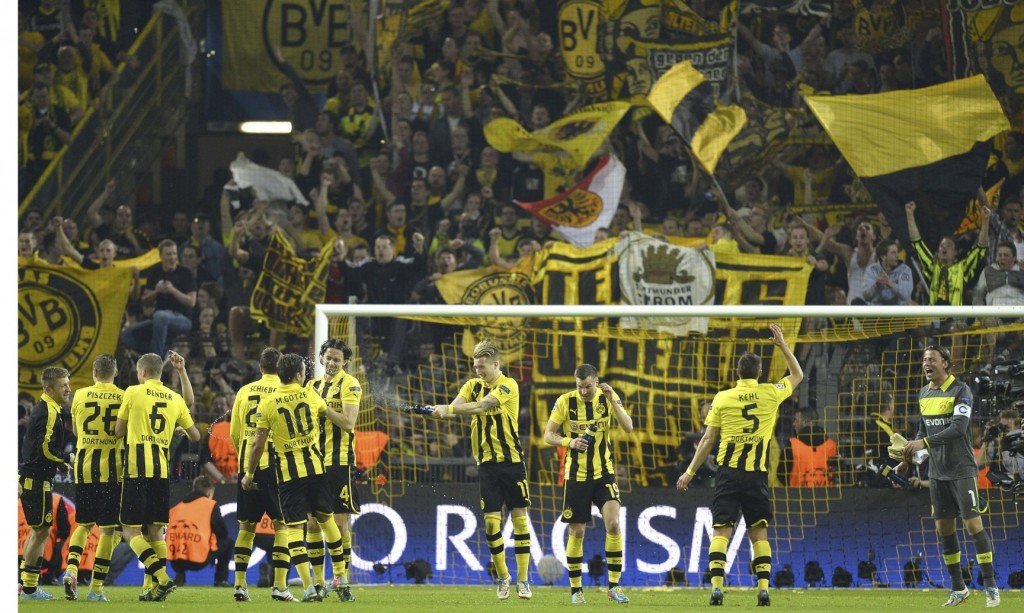 German powerhouse Borussia Dortmund first went public 14 years ago, in October 2000. They were the first sporting club to list their shares on the Frankfurt Stock Exchange – the biggest stock exchange in Germany and the 10th biggest in the world by market capitalization.

Unlike the previously mentioned clubs whose operators maintain majority shareholder status, the vast majority of Borussia Dortmund’s shares are spread out among the public. Institutions and individuals with no association to the club – besides maybe being fans – own 81.05% of all shares. Because of this, Dortmund is a truly publicly owned and traded sports club when compared to other entities like Juventus and Roma. 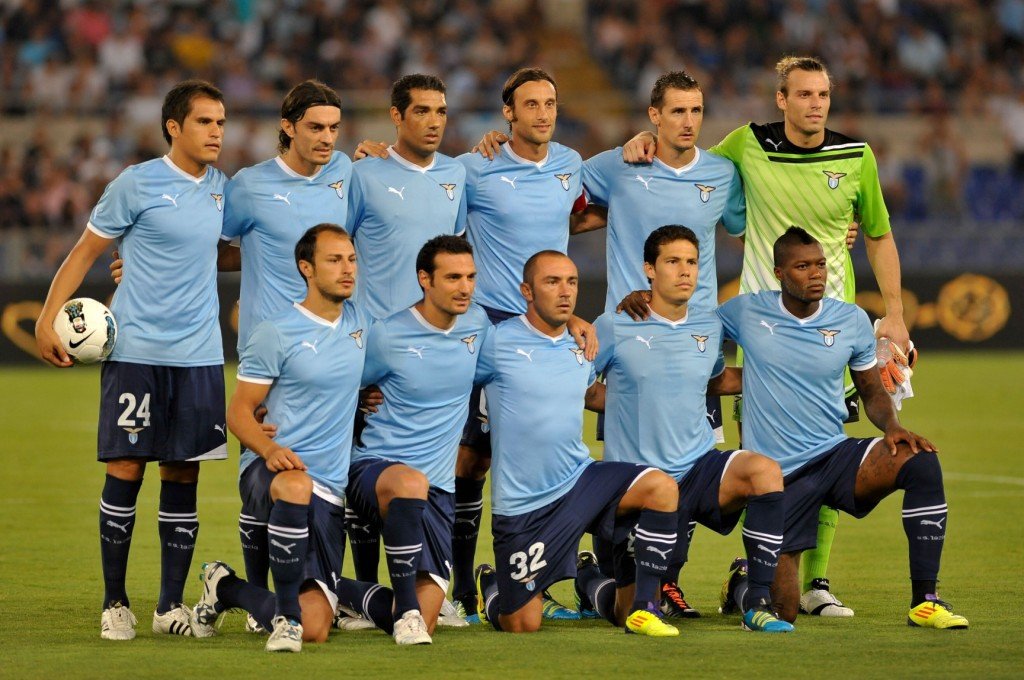 Società Sportiva Lazio – or just Lazio for short – are an Italian soccer club founded in 1900 and based in Rome. They were the first Italian club to become a joint stock company when they did so in 1998, beating both Juventus and Roma to the punch.

Lazio is one of 3 clubs in the Italian Serie A to have publicly traded shares that are listed on the Borsa Italiana. The majority of Lazio’s shares, 66.692%, are controlled by Claudio Lotito, an Italian entrepreneur who became the majority shareholder in 2004. The other 33.308% of the shares are distributed amongst the public.

Lazio’s shares are currently trading at 56 cents, with a total market capitalization of 38 million. Over the past year their share price is up 9.68%, which as a strong and respectable rate of return. 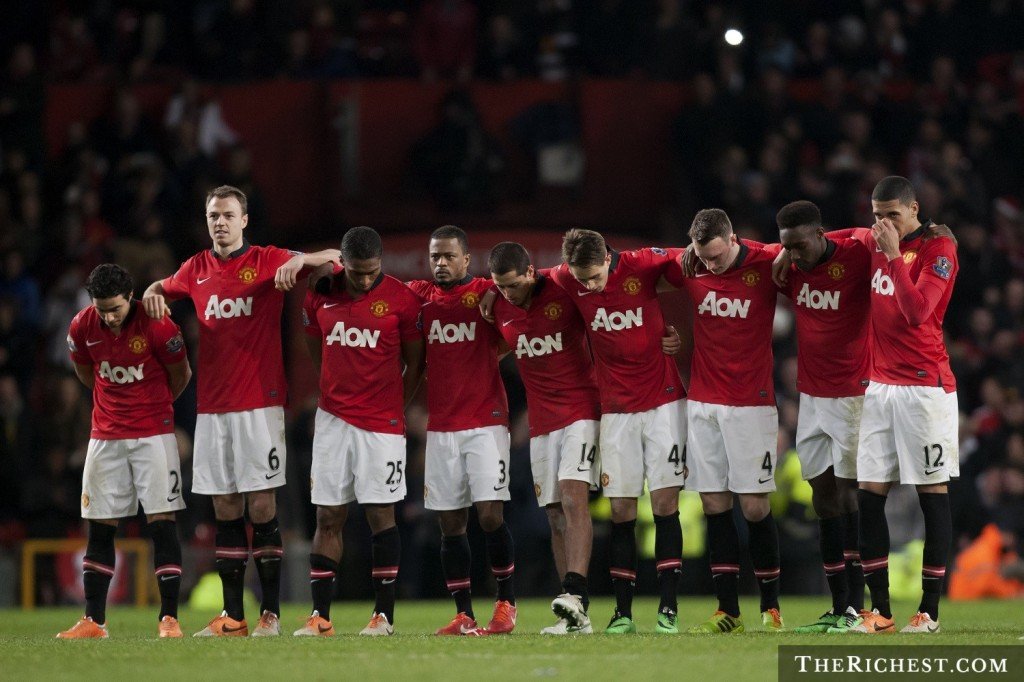 Manchester United have one of the most interesting relationships with the stock market in all of sports. At one point, taking soccer clubs public was considered to be the next big step in the evolution of the game in England. In the 90s and late 2000s many clubs initialized an IPO, believing that it was the most efficient way to raise capital and expend their team and facilities.

Several high profile clubs experienced disappointment and became disillusioned with the experiment. Tottenham Hotspur, one of the biggest clubs in England, were publicly traded from 2001 to 2011, but decided to exercise their preferred share options to buy back the majority of the shares and return to a private ownership structure.

Interestingly, Manchester United have moved in the opposite direction. The club first went public in 1990, and had numerous reported takeover bids throughout the 1990s that never materialized. Starting in 2003, American businessmen Malcolm Glazer slowly began increasing his stake in the club.

Once he hit the 75% threshold he also gained the right to delist the club from the stock exchange, which he did. The campaign to acquire Manchester United cost Glazer around $1.5 billion USD at the time, most of which was borrowed money. The Manchester United faithful reacted in disgust to their beloved club being acquired by an American with no previous association to the ‘Red Devils’, and many have actively campaigned to find other wealthy individuals to buy the club back from Glazer.

In 2012, Glazer decided to take Manchester United back on the stock exchange to raise capital. The club’s second IPO sold 16.7 million shares, but fell below expectations and only sold for approximately $14 each as opposed to the expected $16-$20 range. Currently the price sits at $14.56, with a total market capitalization of $2.38 billion.

How to Buy Shares in Publicly Traded Soccer Teams

Since all 5 stocks trade on the european stock exchanges, you will need an international online brokerage account to buy them.

I recommend Interactive Brokers because they are very affordable and reliable. Barron’s ranked them as the top broker of the year so they definitely offer a great product to investors.

Opting to do a long term investment is one of the most gainful business ventures that a person can make….

While American investors were busy enjoying their Thanksgiving dinners, global markets were shaken by word that Dubai asked for a…

During times of stock market uncertainty, much emphasis is placed on market timing. For the long term investor, market timing…

I called up my Fidelity broker to inquire about investing in International REITs (Real Estate Investment Trusts). Foreign REITs provide…

For an investor already diversified among equities, real estate is a solid instrument for overall portfolio diversification. While the American…