In today’s poor economic climate, how to retire early at 40 should be a question that most of us ask ourselves. Instead, most of us end up working most of our lives to ensure that we don’t outlive our resources. In as much as early retirement seems appealing to a majority of us, not just anyone fits the bill. However, it is quite possible to attain such goals, but you’ll have to critically evaluate your choices and get more serious about your retirement goals.

You don’t have to subscribe to the norm that you have to exit the work environment at 65 to enjoy retirement. It’s possible to retire at 40, thereby enjoying life to the fullest. Hey! It can be done. People have pulled it off and are still doing it. You ask yourself how? It’s pretty darn easy. Just follow my lead.

According to Coryanne Hicks, the Kardelis retired at the ripe age of 38 and have never looked back. Now in their 30th year of retirement, they have more money than ever. What’s their secret? According to Bill Kardeli, a former branch manager at Dean Witter Reynolds, one has to decide between a leanFIRE and fatFIRE strategy, a retirement investment vehicle. LeanFIRE focuses on keeping one’s retirement expenses low ( That’s under $40000 per annum according to the leanFIRE Reddit Community).

On the other hand, a fatFIRE strategy applies to retirees who want to experience a more cushy environment( an annual expense budget of around $150000 and above) and are willing to save up for it.

LeanFIRE works well if you have a side hustle income strategy before retirement; that’s according to Steve Adcock, who retired at 35 and is the CEO of Think Save Retire. He empowers people through his write-ups on lifestyle and personal finances at Steve Adcock .us

Save Half Your Salary or More

Implementing such a strategy comes across as hard for most employees who would like to retire early since most college graduates’ salary peaks in their forties. You spell doom to your retirement journey by hanging up your gloves early since you’ll be cutting down your contribution. You can also kiss your 401(k) or pension plan goodbye by retiring early.

Such hurdles mean that your early retirement goals are in jeopardy; thus, you’ll need to save half or more of your salary every year to hit your goals. It may sound hard, and initially, it is. Just by the mention of this freaks people out, but let’s face it. Most of what we spend on is unnecessary and doesn’t have a significant impact on our lives. Two years before their retirement, Adcock and his wife saved up a whopping 70% of their income by tackling their most significant expenses. Chris Mamula can attest to this. He retired at age 41 after experiencing a burn out in his career and decided to attack some of his most significant expenses, such as car, food, and housing. Now, he shares his FIRE retirement strategy wisdom on the popular platform; can I retire yet? Tweaking certain aspects of your budget can translate into huge savings.

Monitoring your expenses and keeping them down, and by extension, ramping up your savings, is the key to avoiding lifestyle creep. How to retire early by 40 no longer becomes an illusion. Dissociate yourself from spending and only acquire what is essential. It will, in turn, pay off in the long run. According to Mumula, what you need has no connection to what you earn. He and his wife lived off on one salary, and at no point did they feel as if they were sacrificing even one bit.

Lifestyle creep can be deceiving and hardly noticeable until it’s too late. For those seeking how to retire early at 40, you must live well below your means and invest every single raise or bonus that comes your way.

Have a Contingency Plan

For those seeking early retirement, perhaps the best plan you could have is to have a contingency plan in place. Things usually don’t work out as expected; thus, one needs a fallback plan. For Mumula, he still maintains his physiotherapy license and sometimes goes back to work temporarily in case he needs to. They’ve also enlisted their house as a prime Airbnb venue.

The Adcocks created flexibility in their retirement budget by highlighting discretionary spending as one of their most significant expenses. One might initially think that it’s a waste of money on things that they actually don’t need. One benefit of having a flexible discretionary spending budget is that you could cut back on it when the need arises.

For the Kardelis, they’ve exercised more prudent measures such as living in areas with low cost of living such as Messa, Lake Chapala, Mexico, and other similar regions. Despite monetizing their blogs, an impromptu decision to cut back on it wouldn’t affect their lifestyle one single bit, according to Billy, who lives in their Balmy Residence in Lake Chapala, Mexico.

According to Brand, there’s no sure-fire way of proofing yourself against all the risks associated with early retirement. However, you can control your plan towards your objectives of retiring early. She stresses that all potential FIRE retirees must seek the help of financial advisers to stress-test their portfolio against different retirement scenarios. She opines that once the retirement button is punched, THERE’S NO GOING BACK!

According to Think Save Retire, the critical component and success to early retirement is to rid yourself off of debts as early as possible, whether it’s from your credit card or student loan. The most reasonable way to do this is by starting with high interest loans followed by those that you can get an extension on their payment plan.

Financially preparation for the future is one of the best decisions that one can make. You could employ the services of a certified financial planner or wealth manager to oversee your transition. However, early retirement is not cut out for everyone. It takes guts and grit to ensure that your early retirement plans pull through. With that, we wish you all the best in your early retirement journey.

Economic slowdowns are always quick to hurt business spending, whether it is on new production components or human resources. Employees…

Once you’ve familiarized yourself with the Roth IRA basics, you should know whether or not you want to open a…

The Scenario: The reality of retirement is inevitable – especially for the post-baby boomers generations. With company plans a foregone…

The key to investing is long-term growth, so what could be better than opening a Roth IRA account for your…

Is it possible to live off dividends in retirement? Can you retire by 40 with dividend stocks & ETFs? These… 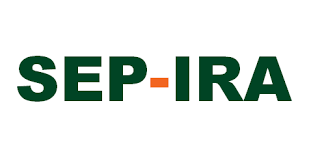 For many reasons, the SEP IRA is an extremely attractive option for a retirement account. First, a SEP IRA retirement…