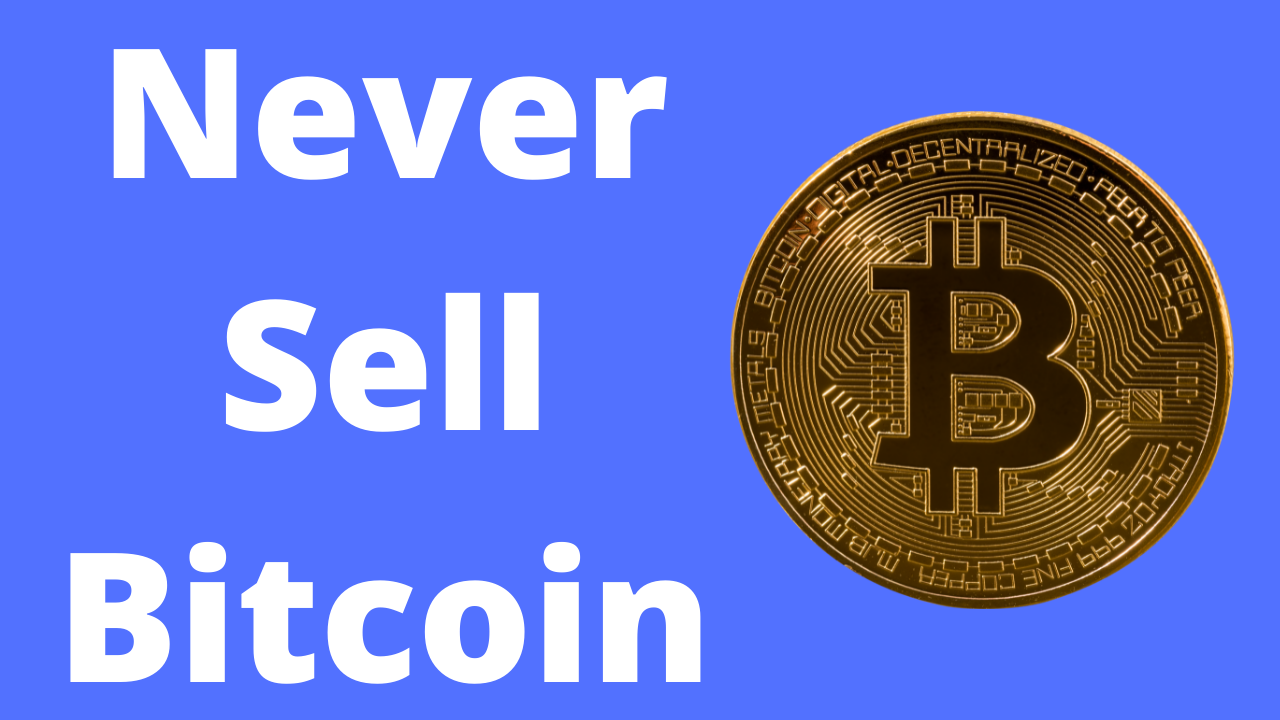 Bitcoin crossed the $45,000 mark and I recently read several Reddit threads talking about whether HODLers should sell their Bitcoin for a profit. If you understand the underlying dynamics of Bitcoin, you would avoid selling too early and hold onto your BTC for several years, decades, or generations.

However, I do understand that crypto investors want to enjoy the fruits of their delayed gratification. Perhaps you have dreams of buying a house, car, yacht, or really expensive vacation with your Bitcoin holdings?

You may enjoy some material possessions that depreciate in the short run but I believe never selling your Bitcoin is the smartest long term strategy for yourself and your family.

Here are 10 reasons I’ll never sell Bitcoin and why there are better alternative to buying expensive things than trading in your coins for fiat dollars.

1. Bitcoin Will Bring Generational Wealth to Your Family

There are only 21 million BTC in the entire world and not everyone can enjoy owning 1 whole Bitcoin. Due to Bitcoin’s low supply, I believe it will become the most sought after asset towards the end of the 21st century.

Right now, you have to possess a lot of US dollars to make the Forbes 400 richest list.

By the end of the 21st century, you will need Bitcoin to top that same list.

That means your kids, grandkids, and family members would benefit greatly if you decide to HODL and never sell your Bitcoin.

MicroStrategy CEO Michael Saylor made a great point in the video below when he talks about how America’s richest families hold valuable real estate for centuries and never sell it.

Instead, rich families borrow against their assets and use passive income from tenants to pay back the loan. This strategy keeps the asset in the family for generations to come.

You can do the same with Bitcoin by borrowing against it using BTC as collateral.

2. Every Major Retailer Will Accept Bitcoin in Payment in the Future

The Bitcoin adoption movement in its early stages and mostly wealth investors are buying Bitcoin right now. In fact, a study showed just 6% of Americans with at least $10,000 in investments hold Bitcoin.

There aren’t enough Bitcoiners on the network to use BTC as payments but that will change in the future.

In an ideal world, every major retailer like Walmart, Amazon, and Costco will accept Bitcoin as payment. You won’t have to sell your BTC because you can pay for stuff like food, rent, and clothing using your crypto wallet.

Of course, mass adoption won’t take place until 2025 when the next Bitcoin halving begins. As the Biden administration continues to print US dollars at a record pace, the world will lose interest in government fiat money and look for an alternative solution: Bitcoin.

3. 90% of Bitcoiners who sell BTC regret it in the future

I’m amazed at how short sighted humans are when it comes to investing. We often make decisions based on pure emotions instead of rational thinking and logic.

Everyone thinks they know where the price of Bitcoin is headed in the future but the truth is that nobody holds a crystal ball.

My strategy is to simply HODL Bitcoin and see what happens. I don’t try to call the top or bottom of the market. I don’t value my BTC in terms of US dollars or some other fiat currency.

I joined the Bitcoin movement in 2018 because I saw the massive societial problems caused by government money and hoped for a better future.

That means holding Bitcoin over the long term and not selling based on FUD, China’s government policy, etc.

Most people that regret selling Bitcoin bought into some silly news article or scare tactic and sold their Bitcoin at the worst possible time.

Once the FUD clears up and prices rebound, they must scramble back to reclaim their Bitcoin and usually lose a lot of money in the process.

Bitcoin is simple sound money. Buy Bitcoin and hold onto it.

If you patiently hold Bitcoin over the years, you will watch your BTC stack grow along with its value in US dollars.

Many Bitcoiners rejoice and look for a top of the market to cash out and enjoy their gains.

The problem with this strategy is that the US government (along with other countries) wants to tax you on your Bitcoin realized gains.

The US Senate proposed a bill to increase federal spending on the cryptocurrency market as a way to generate tax revenue from Bitcoiners like me and you.

In the future, I believe the US government will tax you on your crypto gains and you could land in big trouble if you don’t play by the rules.

Once you sell, you create a taxable event that could force you to liquidate more BTC or dip into your savings to pay Uncle sam.

If you live in a tax friendly country then you shouldn’t worry but the majority of you guys reading this live in America so be careful.

If you don’t want to move to another country like Puerto Rico to escape capital gains tax then simply HODL Bitcoin and never sell.

No selling = No taxable events. Perfect and simple solution.

5. If You Sell Bitcoin Then You’re Short Bitcoin and Long Fiat Currencies

Bitcoin is the greatest invention of the 21st century yet critics think the US dollar or whatever fiat currency will somehow make a turnaround and gain value in the future.

A simple lesson on economics shows that fiat currencies were created to place the entire global population under fiat slavery to give the elites a loyal and disenfranchised working underclass.

Everyday, the US dollar loses value as the Federal Reserve (not a government entity) issues more currency to keep the ponzi scheme running.

Since every US dollar is a note (not hard fixed money like Bitcoin), it’s an IOU from the government and the Fed must issue more currency to pay the interest earned on the existing currency.

This crazy cycle continues until the US dollar has lost 100% of its value. At the same time, the working class loses everything and the Fed creates a new fiat currency to do the same thing all over again.

It doesn’t make sense to bet on the US dollar in the long run but that’s exactly what you’re doing if you sell Bitcoin and hold USD.

If you’re long Bitcoin then never sell. It’s as simple as that.

21 million Bitcoin will always be more valuable than 25+ trillion US dollars. Bitcoin is more scarce than USD and therefore carries more value.

Inflation is the enemy of the working class because it eats away at your purchasing power every year. Ever since President Nixon took the United States of the gold standard in 1971, hard work Americans and other people around the world have seen the cost of living skyrocket.

Everything from housing to food becomes more expensive every year and many people fall upon hard times and cannot keep up with inflation.

As inflation increases, many hard working people end up going into debt to cover living expenses and some will never be able to retire with dignity.

Bitcoin fixes this problem by only minting 21 million coins max unlike government fiat currencies that have an unlimited supply.

Instead of losing purchasing power, Bitcoin increases it and all goods and services become cheaper over time.

If you want to hedge against inflation then embrace Bitcoin before the price skyrockets out of reach.

7. Bitcoin Will Produce More Millionaires This Decade Than Any Other Asset

I remeber the popular TV show called Who Wants to Be a Millionaire growing up as a kid in America.

Becoming a millionaire is a dream for a lot of people who want a better standard of living for themselves and their loved ones. However, mass money printing and a futuristic digital economy will leave a lot of hard working people behind.

Technology keeps improving and soon many service based jobs will become eliminated by AI, robots, and machines. If you don’t possess any advanced education or skills then you could find yourself struggling to find a decent job.

What about stocks and index funds? Sure. You can become a millionaire that way but it’s a very long term strategy that takes decades to bear future. Unless you learn how to day trade or swing trade stocks, you must wait a long time to become a millionaire in the stock market.

Bitcoin allows you to reach millionaire status with a much smaller investment. I truly believe Bitcoin will exceed $1 million per coin within this decade so you only need a small investment to get there.

Bitcoin has compounded at a crazy 150% CAGR over the last decade, which is far better than the standard 10 to 20% CAGR via the stock market.

If you seriously want to become a millionaire by 2030 then holding Bitcoin will help you get there must faster.

8. Bitcoin Helps You Save Money for Emergencies in a Simple Easy Way

Emergencies happen. We live in an unpredictable world that throws us challenges every day.

The sad truth is most Americans cannot cover a $400 emergency and I assume the situation is far worse for people who live in developing countries.

If you have trouble building an emergency fund then embrace the power of Bitcoin. I’ve read countless Reddit threads where people use their Bitcoin stash to cover life saving emergencies such as medical care and hospital bills.

Life is risky and you always need a backup emergency fund in case SHTF.

Bitcoin is the world’s best emergency fund that could save you or your loved one’s life in a dire situation.

9. Bitcoin Takes Away Power from Corrupt Government who Fund Wars

Buying Bitcoin is a way to take away power from the corrupt world governments who use fiat money to fund wars all over the world.

Our modern day culture has lost a lot of pride over the last 50 years since President Nixon ended the gold standard. People have changed over the years and nasty behavior is more prevalent than ever.

All of these changes have been aided by weak government currency that loses value over time. We have lost our morals, values, and our way of life.

Bitcoin helps to restore our power and put it back in our hands.

I sleep much sounder at night because I own Bitcoin. I don’t worry as much about the future because I hold a hard asset that cannot be counterfeited, faked, or devalued into nothing by a central government or organization.

Selling Bitcoin would limit my freedom in a sick world that has lost its way over the last 50 years.

Humanity has lost touch with the world but Bitcoin will help us return to rightneousness, integrity, honesty, respect, and honor.

I will never sell my Bitcoin (outside of a life threatening situation) in order to help Bitcoiners like myself gain freedom on this prison planet called Earth.

Bitcoin gives you great power and you lose that edge when you sell. HODL BTC and live better in the future.

Your future self will thank you.

BlockFI is my favorite crypto interest savings account for earning 4%+ APY on BTC and other cryptocurrencies. You can apply for a loan against your crypto holdings to borrow for major purchases like a mortgage downpayment, car, or other expensive item. 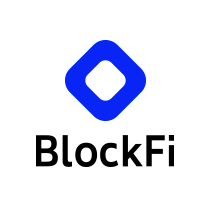 Try BlockFI
We earn a commission if you make a purchase, at no additional cost to you.

Bitcoin vs Stocks: Which Investment is the Better Buy?

Can Bitcoin Make You Rich? Become a Crypto Millionaire

Who Accepts Cryptocurrency in 2020? 9 Places that Accept Bitcoins

Is It Too Late to Invest in Bitcoin?