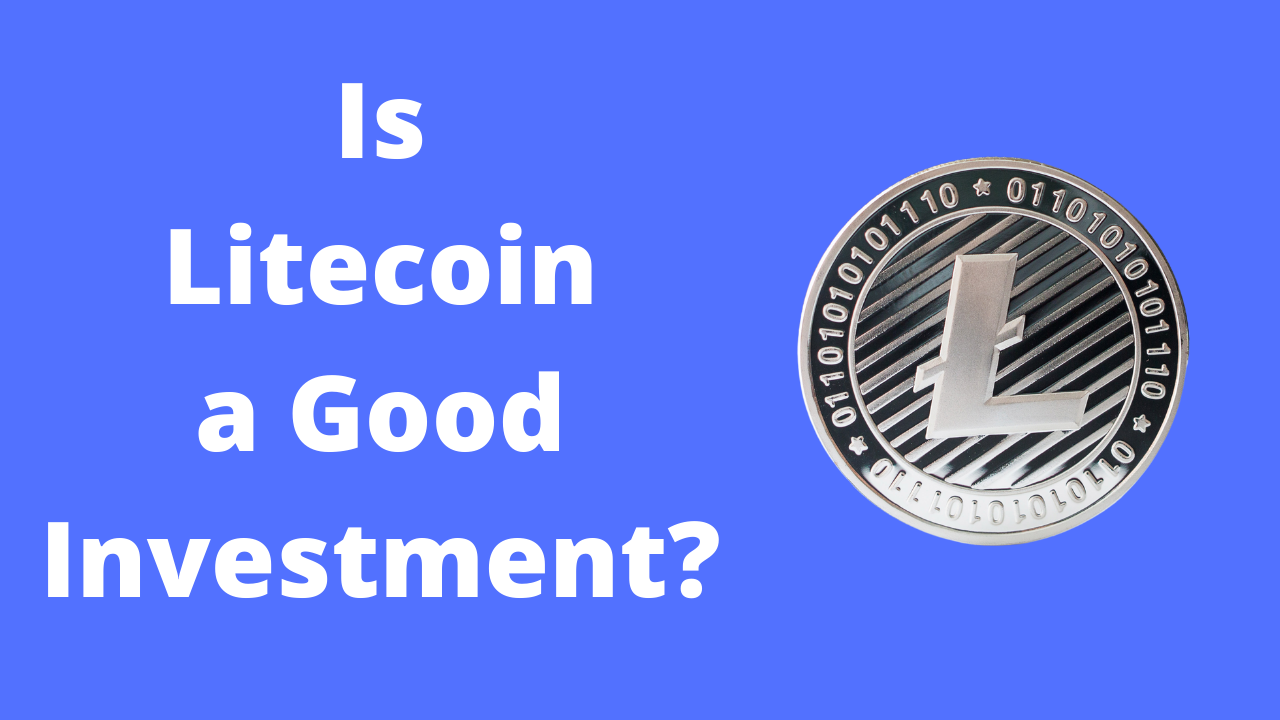 Litecoin has a lot of long-term potential as a solid investment considering many crypto investors consider LTC as “digital silver” and a cheaper alternative to Bitcoin.

Litecoin is the 2nd oldest cryptocurrency behind Bitcoin and many investors are wondering if Litecoin is a sound investment.

I personally hold Litecoin and believe in the future of the project although there are several risk factors that investors should know about.

In this article, I’ll discuss why Litecoin is a good investment and provide several reasons why Litecoin could soar in the future.

Litecoin is a cryptocurrency created by former Google and Coinbase employee Charlie Lee on October 7, 2011 as a faster, more readily available alternative to Bitcoin.

Litecoin is not considered a stock or security but serves as a digital cryptocurrency that can be exchanged easily between two parties.

There are only 84 million Litecoin available, which is 4x times the total supply of Bitcoin.

Litecoin mints new LTC every 2.5 minutes compared to Bitcoin’s 10 minutes so there is a lot more total supply of Litecoin available every day.

Litecoin also uses 3% of the energy when compared to Bitcoin to perform the same transaction, which is why many LTC bulls consider it a better alternative for digital payments.

Litecoin has had some of the best returns of out all cryptocurrencies over the last 8 years with a CAGR of around 100% annually.

During the first LTC bull run, Litecoin reached a previous high of around $350 then crashed back down during the bear market. Litecoin Founder Charlie Lee sold all of his LTC holdings during the peak and caused a lot of downward selling pressure on the price.

After the early 2021 crypto selloff, LTC found key support and $100 and bounced much higher to potentially tap previous resistance levels.

LTC faces a ton of resistance near the $400 levels but could break through it during the 2nd half of the 2021 crypto bull run.

The Bullish Case for Litecoin

While Bitcoin is by far my largest crypto holding, I keep around 5% of my portfolio in Litecoin for extra diversification.

One of the reasons I like investing in Litecoin is because it’s not a popular coin right now. If you want to make the biggest crypto gains then you must get into the habit of buying coins when they are unpopular.

You cannot buy what’s extremely popular and do well. Most newbies crypto investors get excited when a popular coin starts pumping, buy the top of the market, and panic sell once the smart money dumps on the FOMO investors.

There are several reasons why I believe Litecoin will make a serious comeback in the next few years but right now Litecoin is considered dead by many crypto investors.

Here’s why I’m bullish on Litecoin even though nobody cares about LTC anymore.

As Bitcoin gains more adoption, I believe Litecoin will benefit from this spotlight as well.

It’s one of the reasons why Grayscale bought up a ton of Litecoin supply in 2021 because LTC will surely receive more attention in the future.

AMC Theatres will accept Litecoin as payment for its movies, which gives LTC a lot of mainstream exposure.

People like to HODL Bitcoin but Litecoin could provide a better alternative to digital online transactions.

“Store Bitcoin and Spend Litecoin” could gain momentum since Litecoin transactions are much cheaper and use less energy.

While Bitcoin is the dominant cryptocurrency, I believe there will be solid gains for Litecoin as well.

More merchants plan to accept Litecoin as payment and companies like Paypal allow crypto investors to buy and sell Litecoin within their digital wallet.

Another bullish catalyst is the upcoming supply shock caused by Litecoin halving.

Similar to Bitcoin, Litecoin cuts the mineable supply in half around every 4 years after every 840,000 blocks are mined.

Lower available supply could send LTC prices much higher by 2023 so this is definitely a good catalyst date.

Emotions drive a lot of crypto price action and Litecoin appears undervalued when we examine its long-term fundamentals. There is a fixed supply of 84 million coins and Litecoin will turn 10 years old in 2021. Many crypto projects have failed over the last decade but LTC continues adding new blocks every 2 and a half minutes.

According to the Litecoin Rich List, you only need to own 10 LTC to join the top 5% HODLers and just 100 LTC to enter the elite 1%.

Once crypto investors realize they can enter the elite 1% LTC club with just an $18,000 investment, I believe Litecoin could attract FOMO buyers who feel like they missed out on Bitcoin’s runup and want to make gains.

Bitcoin remains the king of crypto and Litecoin doesn’t receive nearly as much attention in the mainstream media. BTC prices have soared while LTC prices remain much smaller in comparison.

Nowadays, other altcoins such as Ethereum, Cardano, and Solana get more attention and investor interest, which has caused prices to absolutely skyrocket. If this trend continues then LTC could move out of the top 20 coins list and lose traction to newer, more “exciting” projects.

An expert panel of 42 crypto experts predicted that Litecoin will reach $266 by the end of 2021.

Litecoin moves along with Bitcoin so I do believe Litecoin will continue moving higher throughout the current crypto bull run.

Despite the many Litecoin haters, Litecoin has had an impressive CAGR over the last 10 years of around 75%. It’s still one of the oldest cryptocurrencies and could reach as high as $1,000+ by 2025 according to my estimates.

A Litecoin supply shock + increased crypto awareness would boost the demand for LTC as a preferred altcoin alternative to Bitcoin.

I use Coinbase to buy LTC safely and securely because Coinbase is the largest cryptocurrency exchange in the United States and makes buying Litecoin super simple.

Store your Litecoin with Coinbase vault for extra security if you plan to hold LTC long-term. I wrote an entire guide on protecting your Coinbase account for first-time users.

If you live outside of the United States then try Binance.

Cryptocurrency exchanges and accounts are a prime target for hackers so perhaps you want to store your Litecoin offline by holding your private keys. A hardware wallet makes it virtually impossible to get hacked and protects your investment over the long term.

Ledger Nano X - Secure and Manage Your Bitcoin, Ethereum, ERC20 and Many Other Coins
$149.00

Tracking your LTC investment is crucial to improving your returns over time and knowing key metrics like total holdings, average cost basis, and total investment return. If you have multiple crypto accounts then you’ll need a massive spreadsheet to keep everything organized.

If you live in the United States and sell LTC for a profit then you are subject to capital gains taxes. You can calculate this yourself but it becomes difficult when you actively trade crypto on a regular basis.

Cointracker.io tracks your LTC holdings for free plus you can also calculate your crypto taxes by upgrading to a paid account.

Litecoin transaction volume is rising and it’s still the 2nd oldest cryptocurrency in existence. I will always prefer Bitcoin as a superior savings account but Litecoin serves a useful function as a potential payment solution for long-term crypto HODLers.

If you stack LTC + BTC then you can spend LTC easier while keeping your Bitcoin long-term. 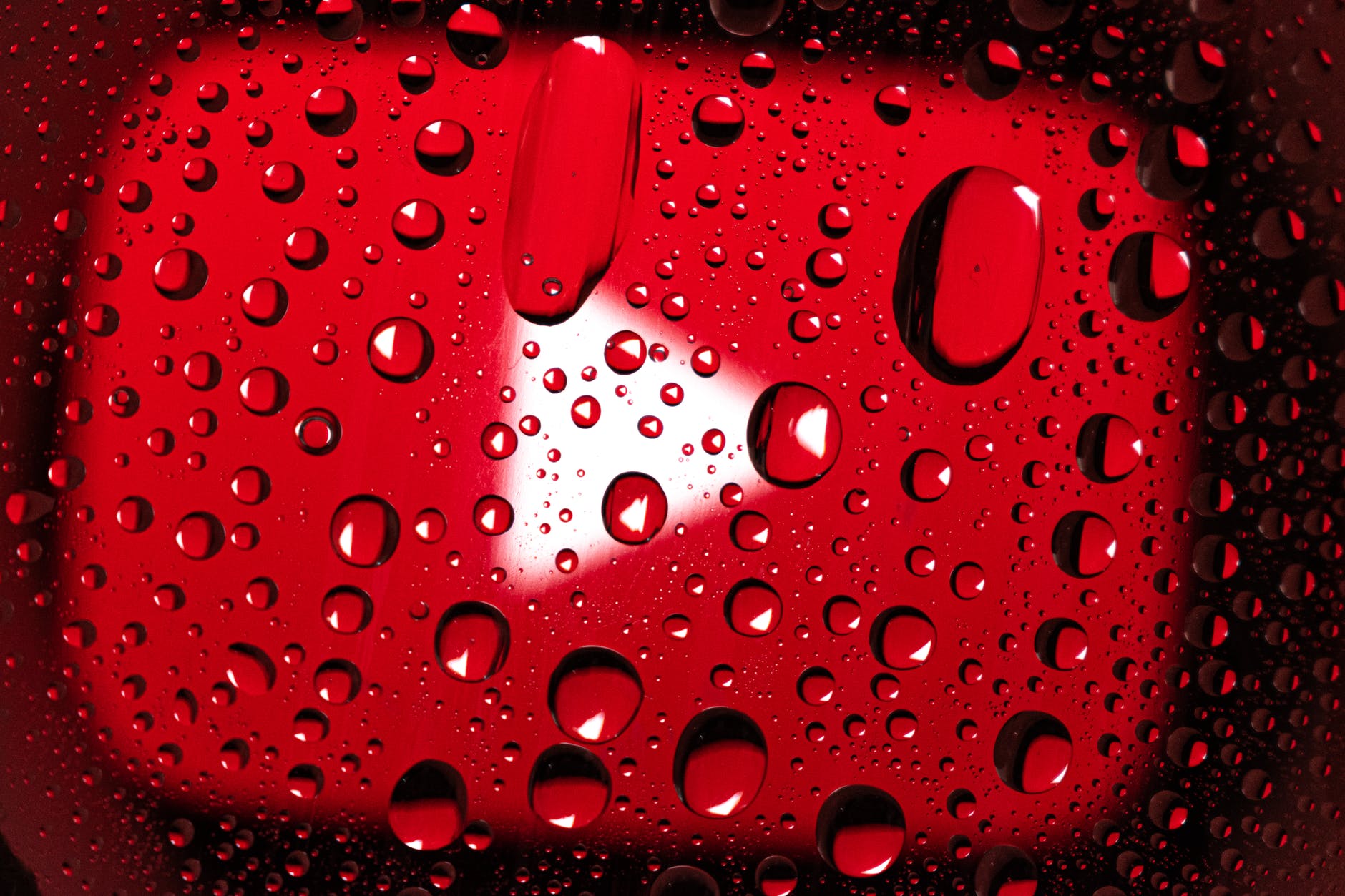 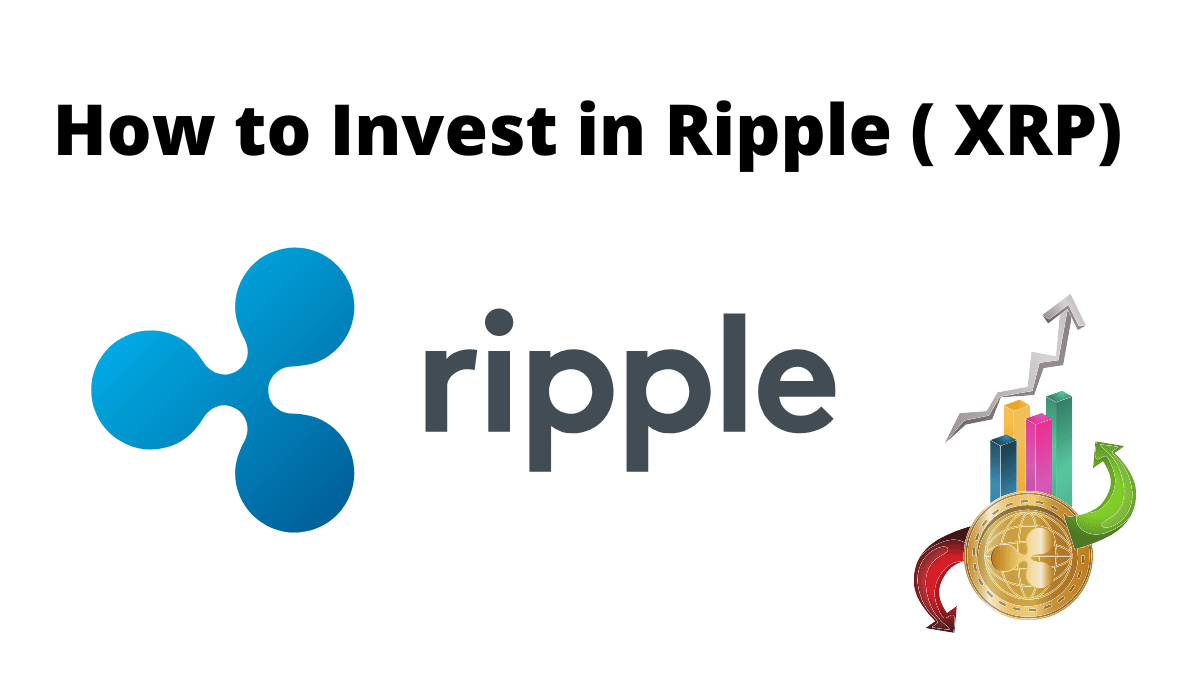 Ripple is one of the hottest cryptocurrencies around with the #7 largest market cap in the world. What is Ripple?… 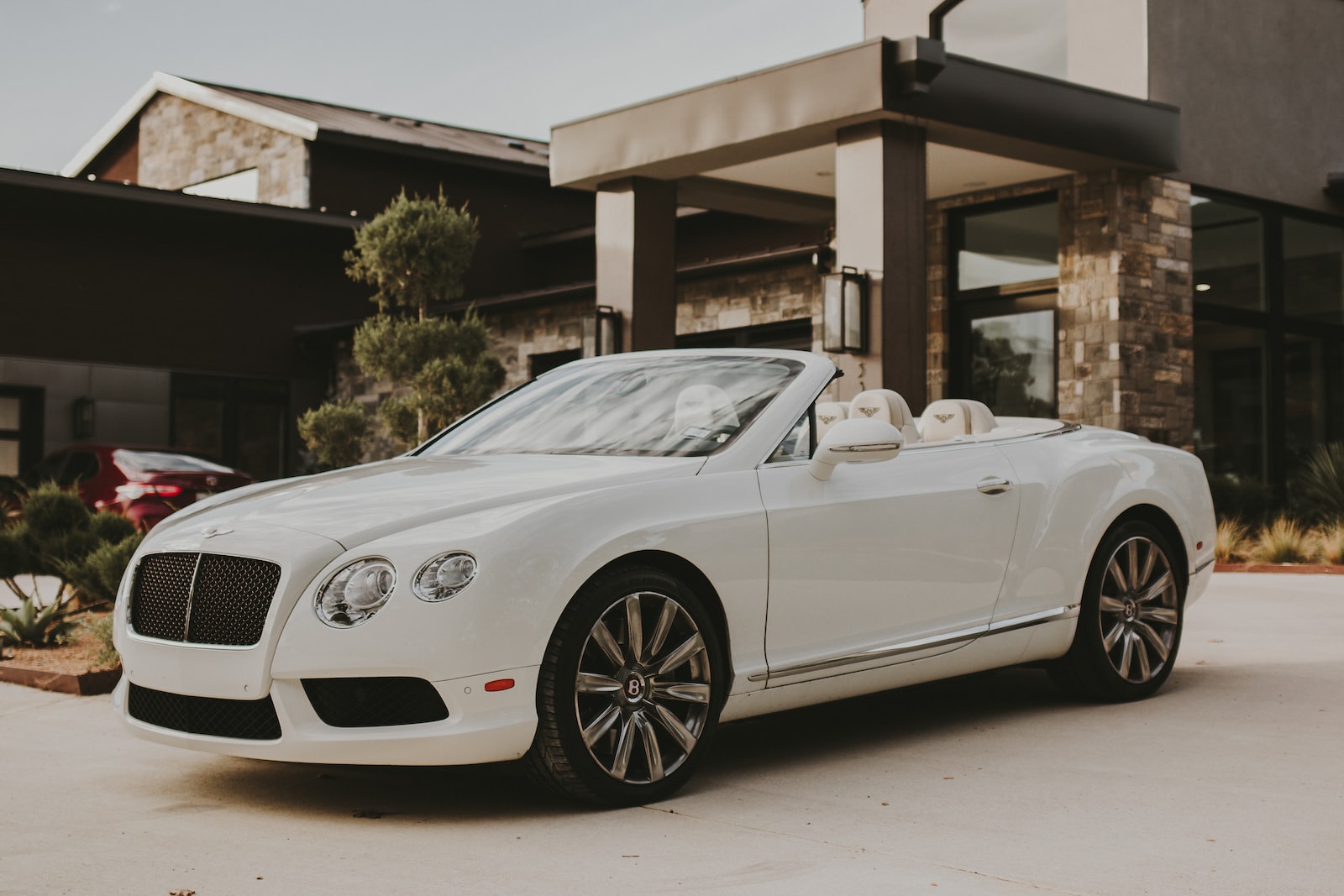 Want to become a crypto millionaire by 2030? Learn why I’m bullish on these 7 crypto coins that could make you rich.

Metaverse crypto coins have begun to soar ever since Facebook officially changed its parent company name to Meta. Many crypto… 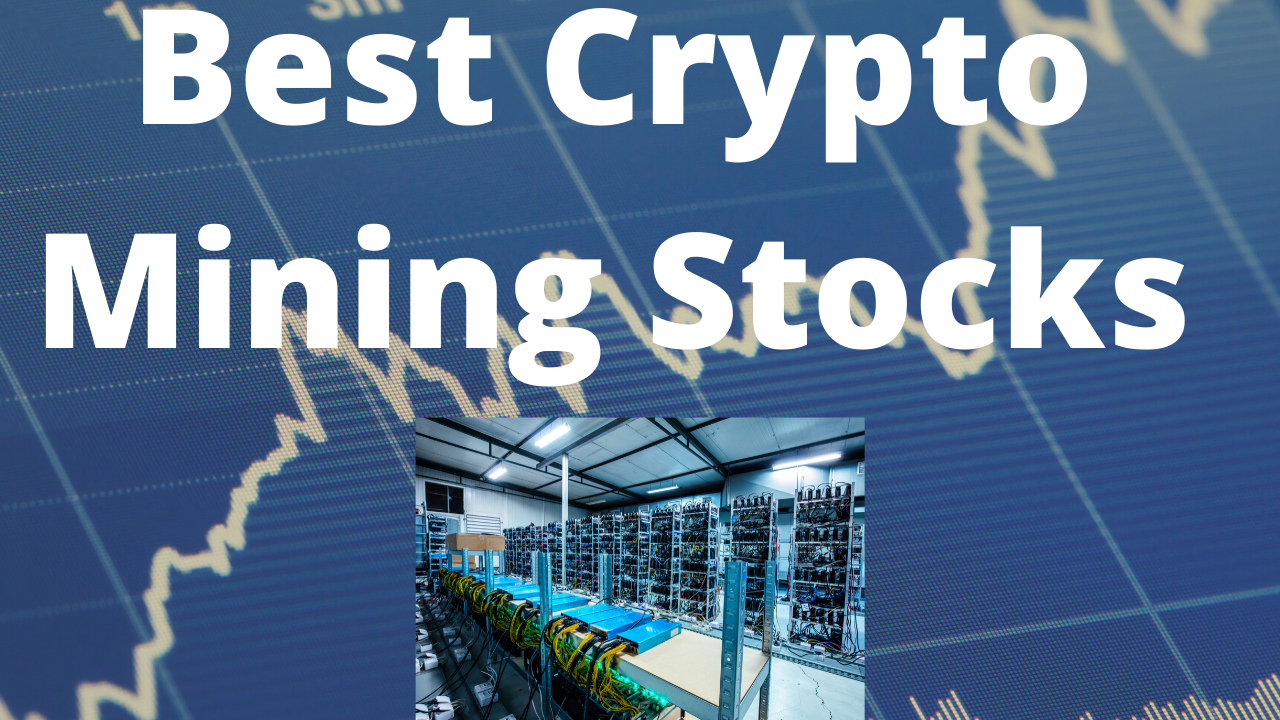 Crypto mining is one of the hottest new trends as Bitcoin rises in price. I personally buy Bitcoin using a… 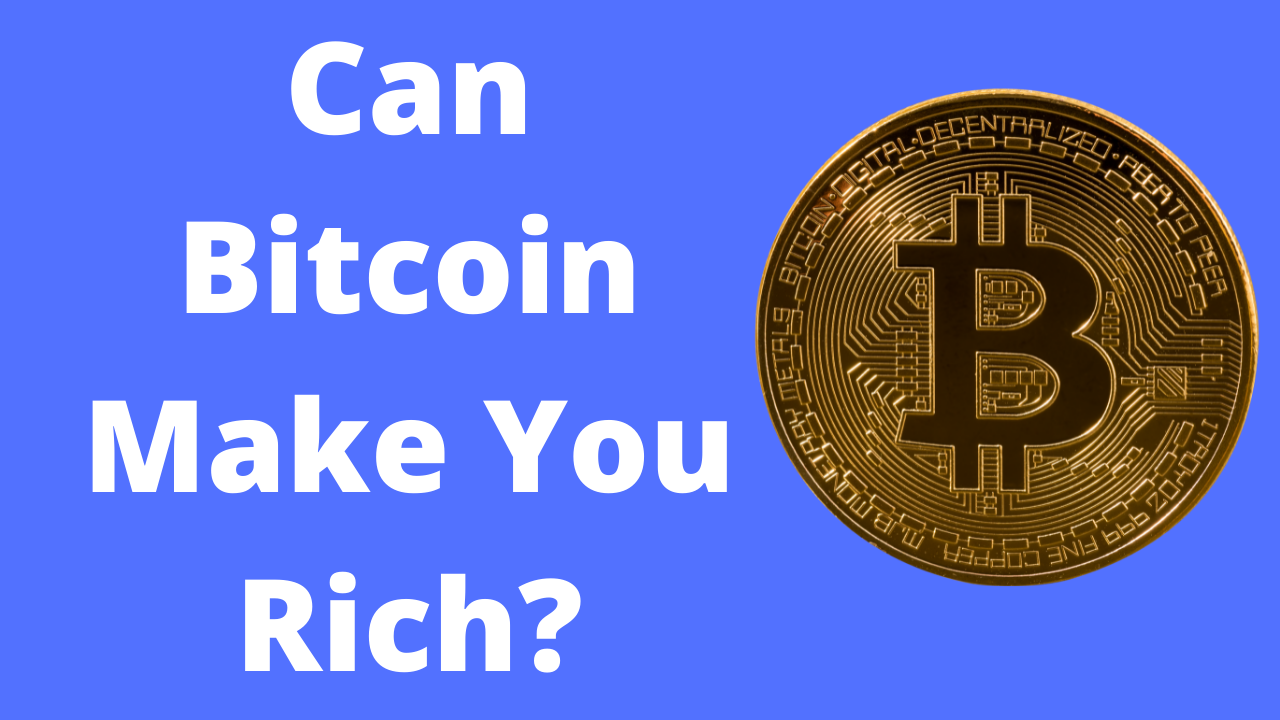