The traditional retirement think-tank would say that bluechips should make up your short term retirement holdings. Investing your cash in a blue chip stock for a few years is like placing your money in a money market account; the dividends bring the returns, and the capital gains are the bread winners. But the fact is that no corporation is as good as cash, and the traditional ideology of retirement investing is not what it used to be.

During the 1990s, the mainstream philosophy was that blue chip stocks were as good as cash. As long as the market was expanding at the rates it was in the 1990s, blue chips would always go up– at a rate of 10.5% per year at that. But now we’re in a new market, and blue chip stocks have little room to gain, yet plenty to lose when the economy shrinks. Retirees should look at their cash allocations, especially in the years nearing retirement, for an over allocation of blue chip stocks.

Due to their size, blue chip stocks do poorly in bad economic climates. To grow sales at the rate of a growth stock, large corporations need not only growth in their customer base, but also the economies in which they participate. If the US economy was growing at a 10% clip, blue chips would probably be posting 20%+ growth rates; now that the economy has cooled down, they’re fighting with single digit growth. Growing a business requires more customers or more dollars per customer – and more money in unlikely to come within the next five years. More customers requires business growth, which is difficult for corporate giants, or a growth in overall population. Absent a new baby boom, it is unlikely the customer base can grow enough to sustain these giants.

Give yourself room to breath

If you have five to ten years before reaching retirement, it would be advised to lower your non-commodity blue chip stocks. Commodity fed stocks still have room to grow because the price for their product is always changing. Oil companies are making multiples of what they did in the 1990s – not because they produce more oil, but because they now earn more for it. On the other hand, non-commodity blue chips are seeing higher product costs and lower consumer spending, which leads to a double edged sword.

In the final stretch, the amount that would normally go to blue chips could be directed to corporate debt. Good corporations are unlikely to stop paying on bond debt, even as the economics get worse, and if you stick to companies that are A rated and are out of the finance industry, you’re sure to do well. The downside is that many of the yields have been brought down by high demand for the bonds, investors are flowing into corporate debt as a way to hedge lower stock prices.

If you must be invested in blue chips, balance out your holdings by investing in the various economic centers of the world. Holding all US equity means that you’re fully vested into one economic environment, and even as we slow here, China and Latin America are heating up at rates they’ve never seen. Emerging markets are known for their fast growth rates, but can be quick to cool, while areas that are fed by oil money are more likely to show more stability than other consumer oriented nations such as India. 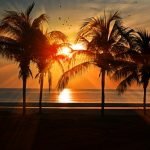 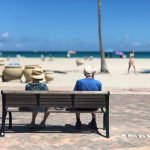