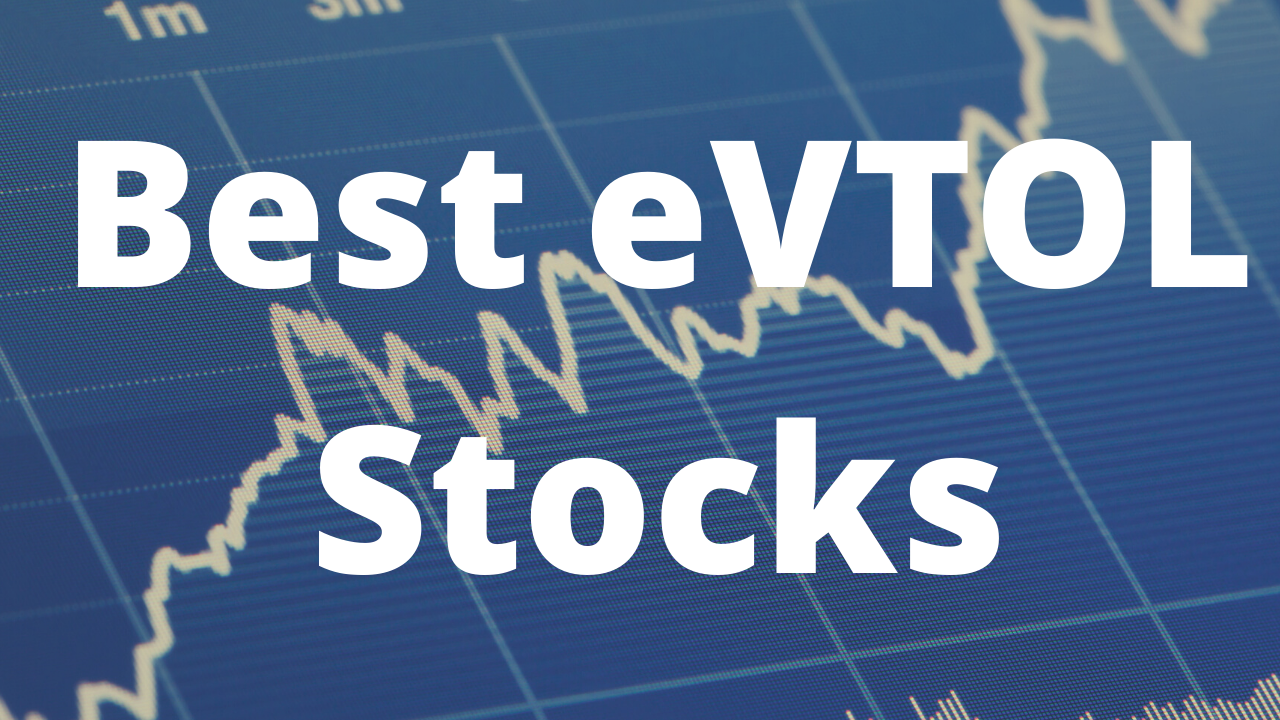 eVTOL (electric vertical takeoff and landing) stocks represent one of the fastest-growing industries in the future. Morgan Stanley estimates the eVTOL industry will reach $1.5 trillion by 2040 as we explore urban air travel to reduce traffic and open up a brand new wave of intracity travel.

Investing in eVTOL stocks is like buying Tesla stock several years ago. Nobody is talking about this industry but so many people will begin traveling from city to city via short-distance electric helicopters and airplanes in the future.

Why Invest in eVTOL stocks?

Here’s a list of my favorite eVTOL stocks that could produce 10x gains in the next few years:

What’s nice about Blade is that the company is already generating revenue but plans to expand by 2024 with the addition of an all-electric electric aircraft fleet that will be 100% carbon neutral.

The company uses an asset-light business model by operating a 3rd party app that allows passengers to book short-distance helicopter flights throughout the United States.

Blade turns a 2-hour drive in NYC into a 5-minute helicopter flight using the Blade app.

Blade founder and CEO Rob Wiesenthal spent several years working for Sony and Warner Bros Music Group before founding Blade in 2014. He believes that the next EV battle will happen in the air.

The company expanded to Europe in Q2 2022 with the launch of Blade Europe plus acquired 3 European eVTOL companies to become the largest helicopter service company in the region.

The company expects to reach $825 million in revenue by 2026, providing a conservative valuation of around $8 to $10 billion in the next 5 years.

Blade has several other positive factors including a healthy balance sheet of $186 million in cash with less than $4 million in long-term debt liabilities. The company currently trades at an attractive Price to Sales ratio of just 4, which is well below most growth stocks at the moment.

BLDE stock currently trades at just $4 with a $400 million valuation so there is a lot of upside for Blade in the future.

The company received a $1 billion preorder from United Airlines to produce 200 Maker aircrafts to connect United passengers between hubs. Archer also has a partnership with the City of Los Angeles to help reduce dense traffic jams and improve urban air transportation in one of America’s most busiest cities.

Co-founder Brett Adcock stepped down as Co-CEO and now Adam Goldstein is the sole CEO of Archer Aviation.

If you’re thinking about investing in Archer Aviation then realize you are in good company.

However, Archer operates a different business model than Blade uses. Blade is an asset-light company that doesn’t own or manufacture any electric aircrafts while Archer plans to generate the bulk of its revenue from producing eVTOLs.

I believe ACIC stock has at least 5 to 10x upside in the next few years because most investors are ignoring eVTOL stocks like Archer. You can buy ACIC stock at around $5, which means the only direction is up as long as Archer produces aircrafts and hit revenue targets.

Joby Aviation is an American eVTOL company founded by JoeBen Bevirt that plans to revolutionize the way we travel around through the aggressive launch of eVTOL prototype .

Joby plans to enter the all-electric air taxi market in 2024 with its 4 passenger emissions-free aircraft that can travel up to 150 miles with 1 charge at up to 200 mph.

With more than 1,000 test flights over the last 10 years, Joby is well-positioned to disrupt the eVTOL market and gain substantial market share in this relatively new industry.

If you’re thinking about investing in Joby Aviation then realize you are in good company.

In order to compete in eVTOL market, Joby acquired Uber Elevate to further beef up its air taxi business and prepare for robust growth in the next few years. In return, Uber boosted its take in Joby Aviation to $125 million, which will give Uber a portion of the newly formed company once the SPAC merger is complete.

To help speed up production, Joby partnered with Toyota to help produce its aircrafts under a newly planned production plant with the potential to greatly reduce the cost of each aircraft over time.

The company received its FAA Part 135 Certificate allowing Joby Aviation to operate commercial flights in the United States during its planned 2024 launch date.

Also, Delta will invest $60 million in Joby and sign a 5 year deal to offer eVTOL service to and from Delta airports for customers.

Right now, Joby isn’t generating much revenue and many investors may scoff at the $4 billion valuation. That’s understandable but Joby has plans to scale revenue quickly to address the growing need for urban air travel to reduce traffic jams and gridlock.

If Joby can hit $2 billion in revenue by 2026 then it’s safe to estimate a total company value of between $20 to $30 billion. That gives investors 3 to 5x upside over the next 5 years if Joby executes its goals.

Joby is well more established than competitors like Blade or Archer due to its 700+ employee team, 10 years of flight experience, and strategic partnerships with Uber, Toyota, and the Department of Defense.

Joby is still a good eVTOL stock to buy and could be an absolute steal at just $5 per share.

eHang is a Chinese based eVTOL producer that plans to disrupt the entire AAV market with its innovative electric aircrafts.

The company produces its flagship eVTOL called the EH216 and plans to scale production into the future.

The EH 216 is beautifully designed and 100% autonomous with the ability to reduce traffic congestion for short to medium range trips. In 2020, eHang carried out over 10,000 EH 216 trial flights (including passenger haul) safely.

eHang is one of the few eVTOL companies that currently generate revenue so consider them an early frontrunner in the EVTOL race.

The negative report cites several issues with eHang’s revenue numbers and other problems within the company. Since then, EH shares have plummeted more than 95% as the company attempts to rehabilitate its image.

eHang generated $8.9 million revenue in 2021 and EH shares trade at a Price to sales ratio of 70 and looks overvalued from a fundamental standpoint.

I personally don’t invest in Chinese stocks for several reasons but eHang is an early disrupter and could scale production with the launch of its latest AAV production facility in Yunfu City, China.

Vertical Aerospace, a UK based eVTOL maker, plans to launch the flagship aircraft called VX4 in a few years to disrupt the global eVTOL industry.

The VX4 can carry up to 5 passengers with a charging range of 100 miles along with top speeds of 200+ mph.

Vertical Aerospace currently has over 1,400 aircraft preorders with a pre-order book value of around $5.6 billion from several major companies such as American Airlines and Virgin Atlantic worth up to $4 billion.

American Airlines confirmed the delivery of 50 VX4 aircrafts and delivered a pre-order payment marking the first time any major airline has done so.

If you’re thinking about investing in Vertical Aerospace then you’re in good company. Vertical Aerospace is backed by several large multi-billion dollar companies including Microsoft, American Airlines, Rolys-Royce, and Honeywell.

Production and deliveries will begin in 2024 with a goal of hitting positive EBITDA by 2025.

If things go as planned then Vertical Aerospace looks like one of the cheaper eVTOL stocks to buy based on current valuations in comparison to long-term revenue goals.

Vertical Aerospace projects a whopping $7.2 billion in 2028 revenue, which could give it a rough valuation of $100+ billion in the next 6 years.

Once the SPAC merger closes, Vertical Aerospace stock will trade at a market cap of around $2 billion. That’s around 50x upside if everything goes as planned.

Lilium, a German-based eVTOL maker, plans to produce their flagship eVTOL called the Lilium Jet starting as early as 2024.

Lililum Jet will become the first electric jet produced in the world with some impressive specs. It holds up to 6 passengers with a 155+ mile range and 175 mph cruise speed.

While eVTOL companies will launch much smaller aircrafts, Lilium is the only company focused on a more streamlined aircraft with the demand of the current domestic air market.

The ability to hold up to 6 passengers will increase revenue and become a much more valuable asset as compared to smaller eVTOLs.

If you’re planning on investing in Lilium then you are in good company. Lilium is backed by major investors and corporations including Blackrock, Palantir, and Tencent.

Once production begins in 2024, Lilium projects to hit positive EBITDA by 2025 with a revenue goal of $1.3 billion.

If revenue hits $5.8 billion in 2027 then I see a lot of upside in Lilium stock at these current price levels. Lilium could trade at a market cap of $50 to $75 billion if we use a conservative price to sales ratio of 10 to 15.7.

Eve Holding is a Brazilian subsidiary of Embraer that plans to produce its flagship eVTOL as early as 2024.

The eVTOL concept, nicknamed “Project Eagle”, is a 4 passenger eVTOL with a 60 mile range and low noise footprint. The company will adopt an asset-light business model and distribute eVTOL to several partners with a goal to scale revenue in 2026.

As of July 2022, Eve has a backlog of 1,910 eVTOLs, which is the largest in the entire urban air mobility industry.

Once production begins, Eve projects to deliver 75 eVTOLs in 2026 with a revenue goal of $305 million. The company plans to scale quickly and hit $4.5 billion in revenue by 2030.

Backed by Embraer, Eve Air Mobility has an excellent chance of scaling revenue and becoming a major player in the eVTOL space.

EVEX shares are trading around $8 below the initial SPAC listing and could provide massive upside once revenue starts coming in around 2024.

How to Start Investing in eVTOL Stocks

If you are a first-time investor then read my article on how to invest in the stock market for beginners.

If you already understand the basics of the stock market and have a brokerage account then you can simply buy eVTOL stocks anytime during regular US stock market hours.

Don’t already have a brokerage account or looking to switch to a new one? Here are the brokers I trust when purchasing stocks online. Which eVTOL Stock is the best to buy?

I personally like Blade, Archer, Joby, and Lilium. It’s hard to guess which companies will take off in the future and I wouldn’t be surprised to see a few fail in the process.

Blade stands out as a clear choice because the company is early to the market and uses an asset light business model. Archer has a cool design while Joby built an impressive team of aviation experts. European companies like Vertical Aerospace and Lilium will make a lot of progress throughout Europe as well.

Do you own research and determine which companies you want to invest in.

How do I Value eVTOL stocks?

For eVTOL makers, I’m projecting production and revenue to determine a potential future market cap based on a conservative prices to sales model of 10 to 15. EV makers like Tesla trade around similar levels but this could change in the future. We know investors will pay up for future growth and Urban air travel has major potential as more people flock to crowded cities in search of work. 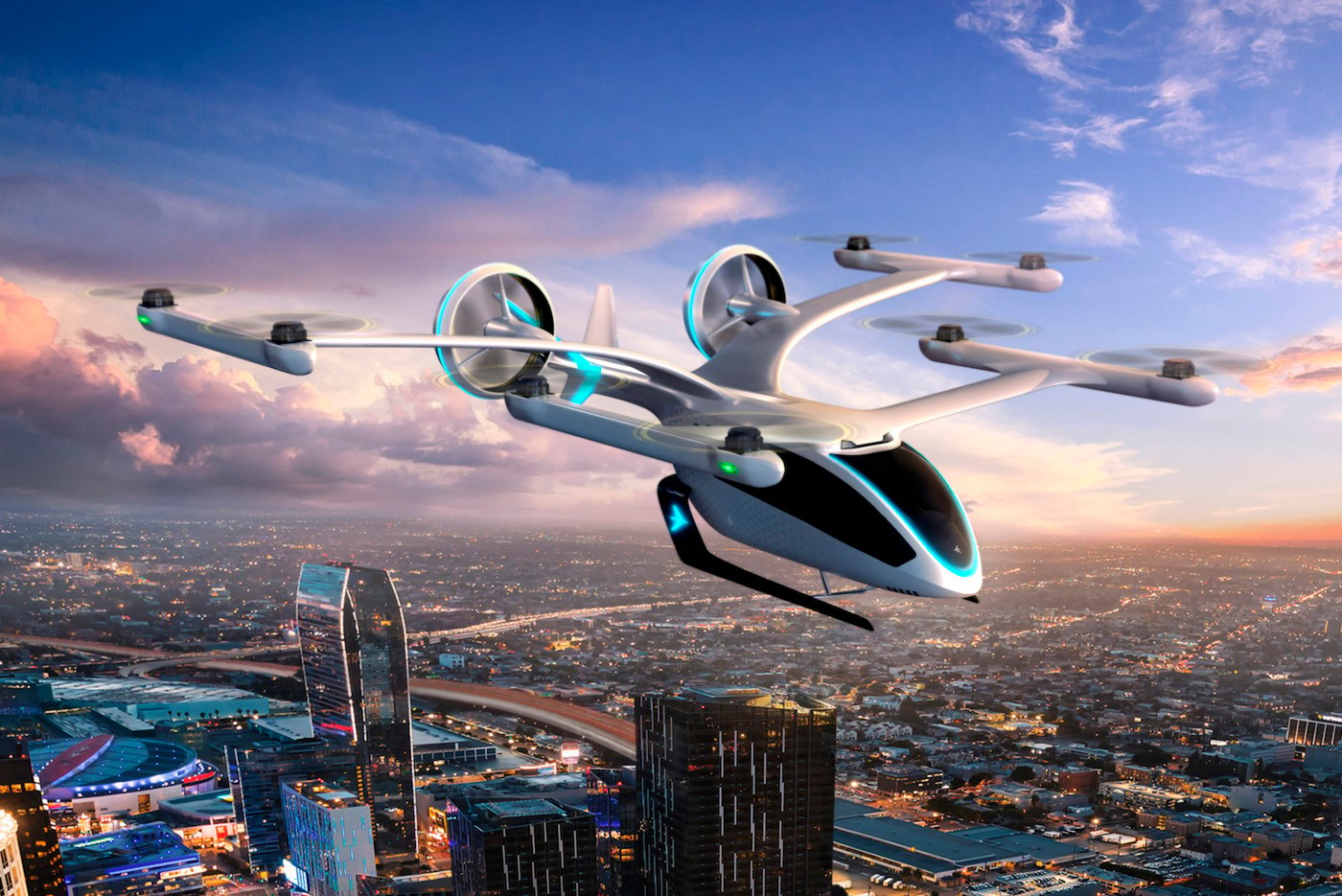