Are you looking for the best EV stocks to buy? There’s a fortune to be made as we begin the long process of replacing ICE (internal combustion engine) vehicles with their electric counterpart.

EV stocks are set to explode once more consumers embrace this new technology and shift towards eco-friendly cars, trucks, and SUVs.

EV Sales Will Skyrocket This Decade

Here’s a graph showing the projected growth of EVs in 2040:

I excluded EV charging station stocks from this list because they don’t actually produce any vehicles.

Here’s a comparison chart of the best EV stocks for the long term by market cap:

When it comes to EVs, Tesla is currently the undisputed king of the electric car boom. Tesla CEO Elon Musk is currently the richest person in the world and grew Tesla into a massive energy & software company over the last decade.

The company sold nearly 1 million electric cars and made $53 billion in revenue in 2021.

The Model 3 is arguably the best-selling EV worldwide and leads the world’s biggest EV market in China.

Tesla is planning the Cybertruck in 2023 and currently has over 1.5 million preorders reservations!

However, let’s not forget that Tesla is not just an electric car company. Tesla also offers a fast-growing solar energy business that sells solar roofs and power walls to help power residential homes with renewable energy.

However, Tesla is currently dealing with several headwinds at the moment that have hurt TSLA stock prices.

This could be a sign that demand for Tesla EVs is slowing and other competitors are taking away Tesla’ market share.

Tesla trades on the NASDAQ under the ticker symbol: TSLA.

Lucid Motors is an American EV maker that produces its flagship electric car: The Lucid Air.

LCID stock is relatively cheaper at $18 when compared to a more expensive stock like Tesla.

Lucid trades on the NASDAQ under the ticker symbol: LCID.

Nio is the best Chinese EV stock to buy right now because many people believe it’s the “Tesla of China”.

Xpeng is another Chinese EV maker that’s growing at a fast clip.

Xpeng focuses on improving the underlying technology and software of its EVs with Xpilot 3.0, a full-stack autonomous driving system similar to Tesla’s FSD.

Unlike Nio, Xpeng is building an expansive supercharging station network like Tesla and has 159 stations covering 54 cities as of Q4 2020.

Many Chinese car experts say it’s the best overall luxury sedan in China. Lots of growth potential in Europe, too.

BYD is a Chinese-based EV maker that also produces ICE vehicles at the moment but I expect the company to focus solely on EVs in the future.

If you’re thinking about investing BYDDY stock then you’re in good company. Warren Buffett’s Berkshire Hathaway bought a 10% stake in the company back in 2008 for $232 million.

Buffett disclosed in his 2020 annual shareholder letter that the current stake is around 8.2% of the BYDDY’s current market value, which would be nearly $10 billion in today’s current price levels.

One of the reasons many investors don’t talk much about BYD is because BYDDY stock trades on the OTC markets. You cannot purchase shares through stock trading apps like Robinhood or Webull. That means companies like BYD receive a lot less exposure to EV investors.

There are currently 2 different BYD stocks available on the OTC: BYDDF and BYDDY. BYDDY represents the ADRs (American depository receipts) and looks like the better investment for American investors.

BYDDF represents ordinary Chinese shares but sells at a much cheaper price. In my experience, buying the ADR makes everything much easier.

Also, BYD still sells ICE vehicles at the moment. If you’re interested in a Chinese pure-play EV stock then Nio or Xpeng are better alternatives.

Nonetheless, I felt obligated to include BYD on this list due to their massive EV sales and Warren Buffett’s large stake in the company. Many people consider Warren Buffett the greatest investor of all time so I always take notice when he buys or sells any stock.

Fisker originally tried to compete in the EV market 10 years ago but went bankrupt due to a natural disaster crisis that destroyed a bunch of Fisker prototypes. Using a capital-heavy business model, Fisker ran out of money quickly and exited the EV space.

Years later, a more mature Henrik Fisker relaunched his company with an asset-light business model that focuses only on design and outsources production to 3rd parties like Manga International and Foxconn.

Apple used the same outsourcing model to become the most valuable tech company in the world so hopefully, Fisker has similar success.

Fisker will begin production of its flagship vehicle, the Fisker Ocean, in partnership with Manga International on November 17th, 2022 at Manga’s Graz, Austria factory.

The Fisker Ocean has over 17,000 preorders according to CEO Henrik Fisker who regularly posts updates on his Twitter account, @henrikfisker.

The company projects over $13 billion in revenue by 2025, which makes FSR stock look like an attractive long-term hold. If Fisker trades at a Price to Sales ratio of 10 then FSR stock could reach a $130 billion market cap in the next 3 years. That’s 26x the current market cap of around $5 billion.

Of course, We don’t know for sure if Fisker will hit these revenue goals but I do like their asset-light business model and focus on beautiful seamless design.

Canoo is an American EV maker that’s faced a lot of short-term issues with its business model in recent months. After completing its SPAC merger, Canoo promised to disrupt the entire automotive industry by offering monthly auto subscriptions instead of traditional one-off sales to increase the lifetime value of every customer.

Canoo plans to produce 2 EVs in the next few years: The Lifestyle and the Sport.

The Lifestyle is a fully electric van starting at $34,750 with 250-mile range and up to 250 horsepower. Canoo is already taking preorders and production will begin in late 2022.

The Lifestyle could become a game-changer in the EV space as more people will use their car for things like sleeping, watching tv, and remote working as we transition to a fully autonomous driving future.

EV investors cheered the positive news and sent GOEV stock to as high as $20 until several bad things happened recently.

Instead, Canoo backtracked on its subscription-based strategy and several key executives left the company.

Lack of transparency is a huge problem in the growing EV sector and many investors are terrified to buy GOEV stock right.

Faraday Future is an American EV maker that plans to disrupt the luxury EV market alongside Lucid Motors and Tesla.

The company will produce its flagship vehicle, FF 91, starting in 2021 and will begin full scale production in Q4 2022.

Faraday projects around $10 billion in 2024 revenue, which gives investors quite a bargain at just $11 per share if things go smoothly.

While most people haven’t talked a lot about Faraday, I believe FFIE stock could soar as high as $500 within the next 3 to 5 years.

Rivian is the hottest EV IPO of 2021 that soared during its first week of trading after much-awaited hype.

Rivian plans to produce two flagship vehicles, the R1T truck and R1S SUV. The company has around 55,000 preorders for both vehicles along with a massive 100,000 electric delivery van order from Amazon.

Amazon also holds a 20% stake in the company and could increase the preorder in the future.

After a successful debut on the NASDAQ, RIVN stock soared to as high as $110 with a massive $100+ billion valuation. However, I believe most IPOs are overvalued due to many involved parties selling their stakes during peak hype and excitement.

Rivian does have some impressive plans to hit 1 million annual vehicles produced by 2030, which means RIVN stock definitely has plenty of long-term value.

However, I think RIVN shares are overvalued at the moment and I prefer some other EV plays instead.

The Shift from ICE to EVs is Long Overdue

The truth is the EV shift will happen because ICE technology is extremely outdated.

The first commercially successful internal combustion engine was created by Étienne Lenoir around 1860.

For centuries, consumers drove gas-guzzling vehicles because it was the norm.

Gas-powered car technology is over 150 years old and needs to be replaced with more environmentally friendly electric-powered vehicles.

Governments from all over the world want their citizens to embrace clean energy vehicles.

EVs fight climate change by reducing carbon emissions that pollute our air and lower our quality of life.

The EV explosion is just beginning and there are a lot of new, exciting companies that will take market share from legacy automakers like Ford, General Motors, and Toyota.

In the future, governments will pass mandates to force consumers to drive electric vehicles.

How to Invest in EV Stocks

Here are some of the simple steps you can take to start investing in EV stocks.

There are literally dozens of new EV makers entering the market plus legacy automakers have announced pledges to produce a majority EV fleet by 2030. The EV industry will get pretty crowded over the next few years but all of these companies should benefit from the shift to renewable energy vehicles.

Your goal is to figure out which company will produce the best EV in a soon-to-be crowded marketplace. Luckily, you have plenty of resources at your disposal to conduct thorough research including everything from electric vehicle magazines to Youtube channels.

You need a stock brokerage account to invest in EV stocks. Here’s a list of recommended stock trading apps and brokers for buying and selling EV stocks. I believe EV stocks are ready to soar in 2021 after a temporary selloff in early 2021. Some investors bought at the top of EV boom and may wonder if EV stocks are overvalued. In my opinion, EV stocks have a lot of future growth priced in but that doesn’t make them overvalued if you plan to hold for at least a few years.

I value EV companies using P/S ratios to determine how many years of revenue I’m paying for. This is a simple way to compare Tesla vs Fisker using an apples to apples comparison. The EV industry is a high growth industry that’s currently in the early stages but we will see massive EV adoption by 2025 and beyond.

Are EV Stocks in a bubble?

EV stocks approached bubble territory in February 2021 but have cooled off a lot since then. Stock market bubbles cause high stock prices that are fueled by greed instead of underlying fundamentals.

I understand that investors are excited about this new technology but it’s better to buy EV stocks when they aren’t popular to buy shares at the best prices.

The funny thing is most EV stocks will trade at much higher prices in 2022 so I wouldn’t panic if you bought at the top of the “EV bubble”.

Long term thinking means you are willing to buy quality companies and wait until your bullish thesis plays out. Don’t panic because EV adoption isn’t going away and will only accelerate as we embrace a new generation of “smart cars”. 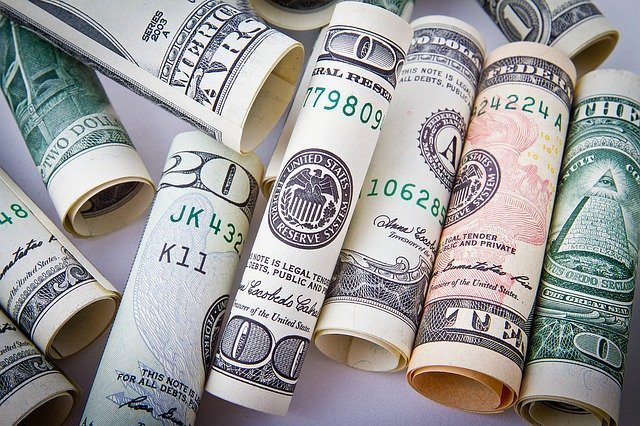 We put together this list of big national US bank and financial stocks with rising dividend payments. Diversifying your portfolio… 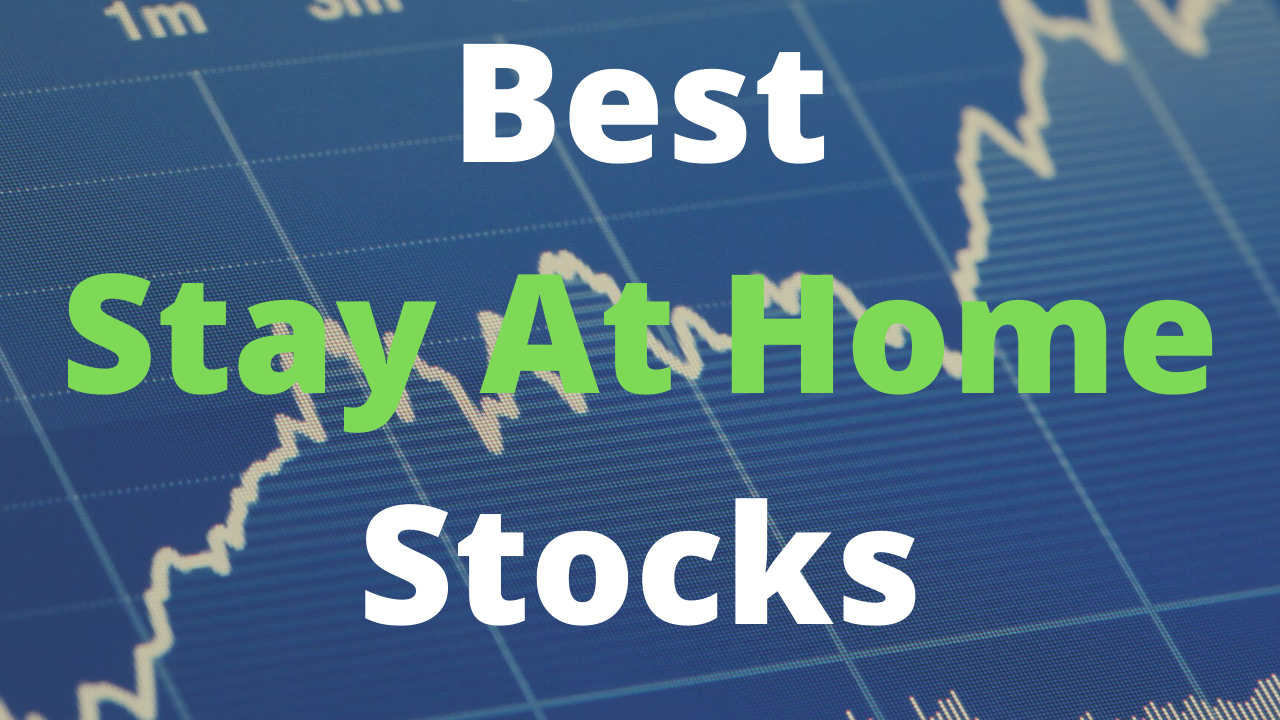 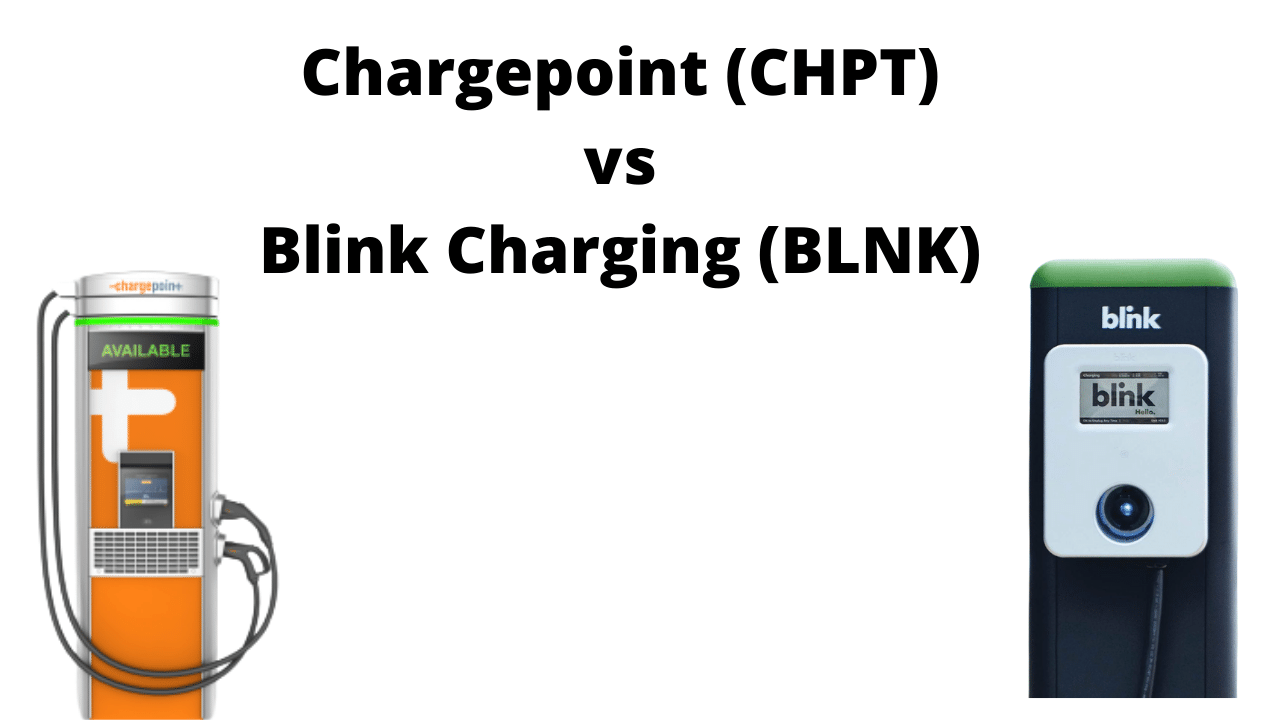 Dividend Aristocrats are companies with a track record of increasing their dividends to shareholders for at least 25 consecutive years….