Apple designs a wide variety of consumer electronic devices, including smartphones (iPhone), tablets (iPad), PCs (Mac), smartwatches (Apple Watch), and TV boxes (Apple TV), among others. The iPhone makes up the majority of Apple’s total revenue. In addition, Apple offers its customers a variety of services such as Apple Music, iCloud, Apple Care, Apple TV+, Apple Arcade, Apple Card, and Apple Pay, among others. Apple’s products run internally developed software and semiconductors, and the firm is well known for its integration of hardware, software and services. Apple’s products are distributed online as well as through company-owned stores and third-party retailers. The company generates about 40% of its revenue from the Americas, with the remainder earned internationally.

Coca-Cola is the largest nonalcoholic beverage entity in the world, owning and marketing some of the leading carbonated beverage brands, such as Coke, Fanta, and Sprite, as well as nonsparkling brands, such as Minute Maid, Georgia Coffee, and Glaceau. Operationally, the firm focuses its manufacturing efforts early in the supply chain, making the concentrate (or beverage bases) for its drinks that are then processed and distributed by its network of more than 100 bottlers. Concentrate operations represented 85% of the company’s unit case volume in 2018. Coca-Cola recently expanded its presence in the hot-beverage market through its acquisition of Costa, a leading coffee company in the United Kingdom. The firm generates most of its revenue internationally.

Johnson & Johnson is the world’s largest and most diverse healthcare company. Three divisions make up the firm: pharmaceutical, medical devices and diagnostics, and consumer. The drug and device groups represent close to 80% of sales and drive the majority of cash flows for the firm. The drug division focuses on the following therapeutic areas: immunology, oncology, neurology, pulmonary, cardiology, and metabolic diseases. The device segment focuses on orthopedics, surgery tools, vision care, and a few smaller areas. The last segment of consumer focuses on baby care, beauty, oral care, over-the-counter drugs, and women’s health. Geographically, just over half of total revenue is generated in the United States.

Since its founding in 1837, Procter & Gamble has become one of the world’s largest consumer product manufacturers, generating nearly $70 billion in annual sales. It operates with a lineup of leading brands, including 21 that generate more than $1 billion in annual global sales such as Tide laundry detergent, Charmin toilet paper, Pantene shampoo, and Pampers diapers. P&G sold its last remaining food brand, Pringles, to Kellogg in calendar 2012. Sales outside its home turf represent around 55% of the firm’s consolidated total, with around one third coming from emerging markets.

Realty Income owns roughly 5,000 properties, most of which are freestanding, single-tenant, triple-net-leased retail properties. Its properties are located in 49 states and Puerto Rico and are leased to 250 tenants from 47 industries. Recent acquisitions have added industrial, office, manufacturing, and distribution properties, which make up roughly 18% of revenue.

Visa is the largest payment processor in the world. In fiscal 2019, it processed almost $9 trillion in purchase transactions. Visa operates in over 200 countries and processes transactions in over 160 currencies. Its systems are capable of processing over 65,000 transactions per second.

America’s largest retailer by sales, Walmart operates over 11,500 stores under 56 banners, selling a variety of general merchandise and grocery items. Its home market accounted for 77% of sales in fiscal 2020, with Mexico and Central America (6%), the United Kingdom (6%), and Canada (4%) its largest external markets. In the United States, around 56% of sales come from grocery, 34% from general merchandise, and 10% from health and wellness items. The company operates several e-commerce properties apart from its eponymous site, including Flipkart, Jet.com, and shoes.com (it also owns a roughly 10% stake in Chinese online retailer JD.com). Combined, e-commerce accounted for about 7% of fiscal 2020 sales.

What’s your strategy for picking dividend stocks to buy and hold forever?

I want to own the largest company in the sector that pays a rising dividend each year.

*Special thanks to Yahoo! Finance and Morningstar

One trading strategy, which only requires a few minutes of work annually, has been generating annualized returns in excess of…

Monthly dividend stocks provide consistent, passive income to investors who are seeking income from their portfolio. The majority of these… 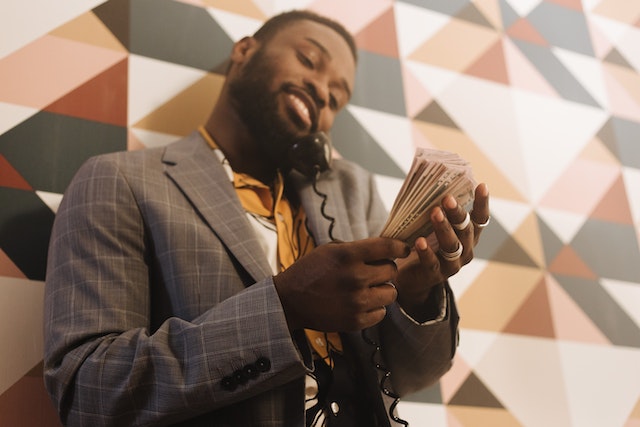 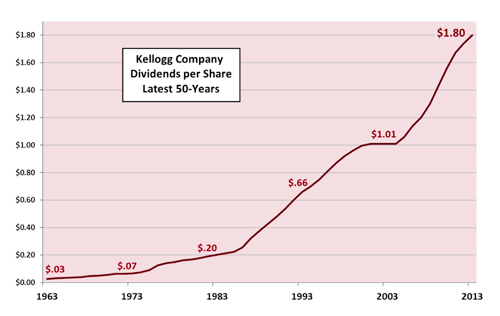 These companies have managed to boost distributions through two world wars, the cold war, several oil price shocks and countless…