Skip to content
Disclosure: This post may contain links, which I may receive compensation at no additional cost to you. Read my disclosure for more information.
FacebookTwitter 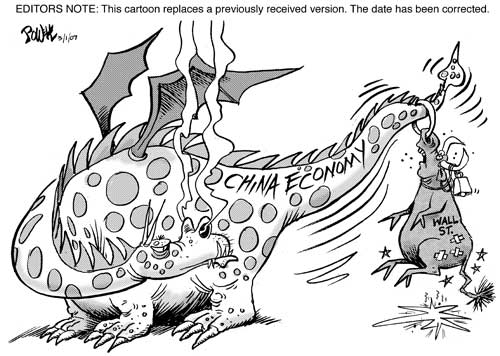 Investors still expect perfect marks from Chinese investments.  Investors were disappointed with 6.1% growth in the first quarter for China; however, this year, it looks as though 6% may be better than the 10% growth rates of one year ago.

Previously, China's GDP reports would come alongside a hefty change in the CPI measure.  This recent quarter showed a different story; preliminary CPI figures showed a .6% drop in prices from January to March.  All signs point to pure capitalistic health in the Chinese economy, and many should agree that recent economic reports look better than when the boom was soaring.

Although many countries have a problem with overconsumption while maintaining little industrial production, China does not.  Industrial output in China increased 5% year over year while retail sales increased by 15%.  The divide is likely the result of less foreign purchases from its industrial sector, while its retail sector draws in buyers with deals.

The biggest growth this quarter in China came from investment demand largely from the stimulus package and other fiscal easing measures.  Infrastructure spending and modernization dollars have gone a long way in China, boosting investment numbers by 29% in one year.  Chinese officials expect that the recovery will extend into 2009 when the rest of the world picks up and new investments in China begin to pay off.

Buy on Any Dip

China's economy is resilient; it has large capital reserves and an ability to churn billions of dollars of exportable products each month.  The lull in China's industry is a direct result of large financial losses in the United States that have escalated unemployment and lowered the standard of living for many Americans.  Investing in China is nearly a safer way to play US growth; should the US economy turn around, China will be the first to boom.  If it takes years for an economic recovery, however, you'll have the confidence that Chinese stocks won't get much cheaper from here.