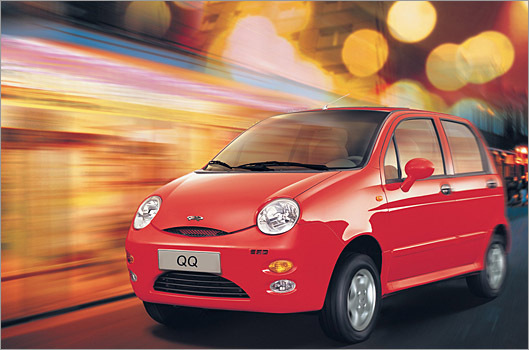 New taxes on large engined cars are in the mix for Chinese consumers. China will double the tax for cars with engines larger than four liters starting September 1 of this year to 40% of the purchase price. Other taxes on slightly smaller engines will jump as well; taxes on engines of sizes from 3-4 liters will jump to 25% from 15%, which represents a smaller but still substantial hike of 40%.

China has taken these steps to reduce its own fuel consumption and give the consumers a reason to think smaller when purchasing cars. The Chinese government is issuing a 66% cut on the tax currently paid on cars with engine sizes less than 1 liter, from 3% to 1%. Cuts on small cars are not expected to make as much as a difference as the tax hikes on larger cars with engine sizes greater than 4 liters.

Car makers may not be so happy with the hikes; Toyota, which produces the popular Camry, will leave its customers paying a higher price at the lot. Toyota automobiles are considered a luxury in China, and they are marketed to the well-to-do in China rather than the everyday driver. The question remains whether luxury means that consumers are willing to pay an additional 40% on high powered cars.

The Chinese government is worried that its oil consumption will continue to grow, and more demand for fuel means higher prices for energy across the board. China could run into a situation where driving demand pushes up costs for energy and ultimately the final product of its manufacturing centers. If this is the case, the Chinese economy will be threatened by the citizenry driving. Getting priced out of the market is something that the Chinese government cannot afford, as much of the trade surplus China produces comes entirely from cheap exports and inexpensive energy. Higher oil prices also create higher prices for shipment, which is something that Chinese exports will always have to overcome; often the prices for shipping Chinese goods is actually higher than the price of the good itself.

There is no doubt this tax change will dampen the market for cars and SUVs with large engines. Honda is probably best prepared to weather this market restriction with its Civics and Accords that cater to the smaller engine crowd. Toyota Camry and Corolla cars will also benefit, but have larger engine sizes of that of Civics and the small engine Accords.