MSN Money writer Michael Brush wrote an article back in November that lists 3 reasons why a stock market crash is coming.

Some of the key points he illustrates are shocking. The article is a bit long, so I'm going to highlight the evidence and historical significance he uses to back up his prediction. You can read my thoughts on this claim below. His 3 signals of a stock market crash are:

A higher than normal stock to bond ratio

In the three months after such an extreme reading, the performance of the S&P 500 has ranged from a loss of 8.7% to a gain of just 1.7%. That's a bad outlook for the bulls. It gets worse: This indicator has called two of the biggest market declines in the past decade.

* It flashed red just before the big correction that started in March 2000, signaling the end of the technology bubble. By the end of 2002, the S&P 500 had fallen more than 45%. (On the upside, this model said buy in mid-2002, just before the start of the current bull rally.)

Since 1950, whenever cash shortfalls hit these lows, the S&P 500 has fallen 69% of the time with an average decline of 4%. Ominously, the last two times cash levels were this low, bad things happened to stocks. Cash levels hit these lows in early 2000 just ahead of the last big bear market. Cash also hit current levels in early 1981 just before a two-year market slump. (Source: MSN Money)

Enormous short positions by future traders, amassing over $30 billion in the 3 major indices

Right now, commercial traders have a $30 billion net short position in futures on the S&P 500, the Dow Jones Industrial Average and the NASDAQ Composite Index ($COMPX). Going short is a bet against the market. Traders go short by borrowing securities and selling them, hoping they will be able to replace them later at a cheaper price after a market decline.

This is only the third time in recent history that this short position has been so large. The other two times were early 2001, just before the S&P 500 tumbled 38%, and November 2004, after which the market rose some more and then corrected in early 2005. (Source: MSN Money)

Thoughts on the Possible US Stock Market Crash

This evidence should signal an array of red flags in your well crafted investing thought process. Sometimes it's smart to listen to the little guy who no one pays any attention to. With all the attention on the domestic stock market, we investors can think ahead of Wall Street. Why not invest in international stocks if you haven't already?

I've decided to add very little money to my domestic positions, and not solely because of this article, but because this is a bull market that I cannot understand.

First off, the US government inflated gas prices all through 2005 and the first half of 2006 to make the gas companies rich. When the mid-term elections came around, oil and gas prices suddenly dropped. Investors got a false sense of security by assuming, “lower gas prices equal a prime investing opportunity.” If the prices were inflated to begin with, how is the retreat of inflated prices a sign of stock market health?

It isn't. The oil and gas commodities simply returned to their normal states; Investors should remind themselves of this case before pouring money into domestic stocks. Gas was cheap around the holidays to foster consumer spending. We couldn't afford gift cards for the whole family and the UPS guy if we had to dish out $3 a gallon for unleaded fuel.

So anyone who credits the recent Dow gains to lower oil prices is pitching a transparent argument.

In truth, the American Economy struggles with international competition and currency exchange rates. I need to see a stronger US dollar, which in turn excites bond investors, before we investors can cheer the market gains.

Some stock gains are warranted; I'll admit that. All I'm saying is be careful with your domestic investments in 2007. As always, diversify your portfolio for maximum risk protection.

Of course, you can agree or disagree with my thoughts. What's your opinion on the record Dow gains? 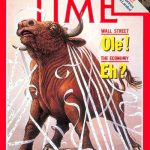