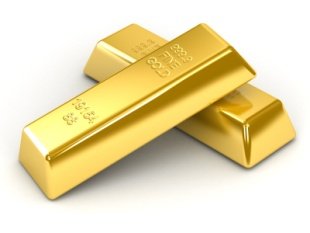 The following 15 investment gurus are eminently among the wealthiest men worldwide. And although their vast wealth was not built primarily from gold investing, nonetheless all use gold as the perfect store of value with a view to preserve purchasing power vis-à-vis the relentless loss of value of all fiat currencies.  The monumental amount of their net worth is testament to their genius acumen in business. Consequently, we may all learn from them the paramount lessons of prudent wealth diversification and purchasing power preservation via gold investment.

George Soros (net worth of $23 billion)

“The U.S. dollar is very weak. Investors are moving to real assets.”

“There is a massive shifting of wealth to new economic powers.”

Carl Icahn (net worth of $21 billion)

“The system is not working properly.”  “In risk there is reward…”

“My opinion is that, philosophically, I’m doing the right thing in trying to shake up some of these managements. It’s a problem in America today that we are not nearly as productive as we should be. That’s why we have the balance-of-payments problems. It’s like the fall of Rome, when half the population was on the dole.”

“Of all the investments we made in all the bankruptcies, all the events, all the mergers, etc., the single most important investment I made was switching to the gold share class.”

“We’re looking now at what the world financial system is going to do with all this money that was printed during the financial crisis, if there’s continued inflation, we’ll see a global trend for raw materials and gold is not an exception. I’m optimistic that the gold price will stay at the same price or higher.”

“I have never been a gold bug, it is just an asset that, like everything else in life, has its time and place. And that time is now.”

Druckenmiller’s Fund recently bought $300 million worth of SPDR Gold Trust (GLD), an ETF that tracks the price of gold. It’s a huge bet, even for a big-time trader like Druckenmiller. He put 20% of his Fund’s money into this trade, and it’s his largest position.  He sees gold as a “Home Run.”

“In 5,000 years of human history, gold has been the currency of choice, the store of value, when humans have called into question their governments’ efforts to solve problems by running printing presses and injecting money into the economy.”

“Gold Is Under Owned And the “Only Real Money.”

“Gold is the money of choice and we would like to have a meaningful amount of our assets denominated in gold. It’s the biggest position in the fund”… “It’s the one kind of money Bernanke can’t print more of.”

“If this business was as easy as it sounds, all my branch managers would be setting up their own gold loan companies.”

“People view gold as emotional, but when they demythologize it, when they look at it for what it is and the opportunity it represents, they’re going to say, “We really should own some of that. The question will then change to “Where do we get the gold?”

“At the core of the sharp downturn is an absence of confidence. Rising debt levels in Europe and the U.S., uncertainty about policymakers’ willingness to restore fiscal order, and increasingly cautious corporate sentiment that is consistent with slowing global growth are the chief culprits.”

“Gold will be the great investment over the next decade.”

Best Gold Rounds for Investing of 2020

The Value of Gold